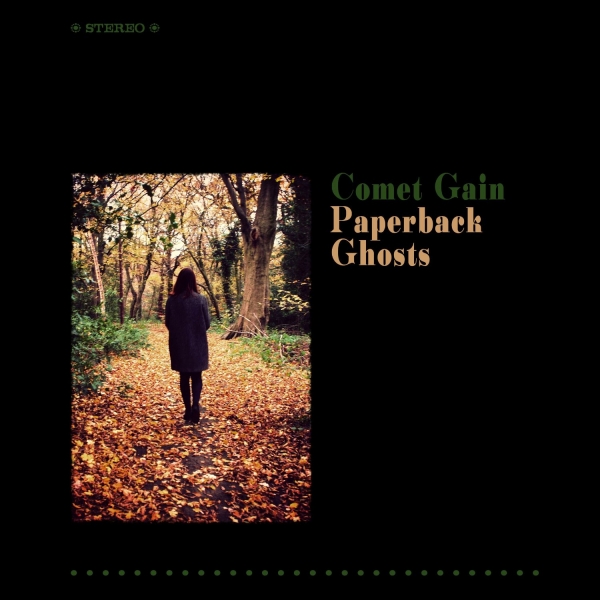 It was both a delight and a relief to hear news of a new Comet Gain record; as a band, they are such a genuine curio that you rather feel they should be preserved, like a listed building, for the enjoyment of future generations. I can’t really think of many legitimate points of comparison for the manner in which David Feck’s project has transcended genre lines - there’s been a fluidity to their output that’s seen them move between radically different scenes without compromising their integrity.

Put it this way - in the past, they’ve counted ex-Huggy Bear man Jon Slade amongst their number, during a garage-punk period that saw Kathleen Hanna guest on one of their records. Similarly, it was a cover version of their song “Saturday Night Facts of Life” by The Cribs, a band not known for reserve or timidity, that first brought them to my attention. Despite being steeped in a punk background, though, they’ve more recently been turning out intelligently measured indie pop; given that both the title Paperback Ghosts and its artwork make it look like a Belle And Sebastian record at first glance, you can fairly assume they’re set on continuing down that path.

To be fair, it sounds like a Belle and Sebastian record, too; both thematically - it was “inspired by the psycho-geography of walks in north London woods”, apparently - and sonically; opener “Long After Tonite’s Candles Are Blown” blends gentle, rolling guitar lines with fluttering strings and a tender vocal from Feck. It’s one of a slew of pop masterclasses on the record; “‘Sad Love’ and Other Short Stories” is a touch jauntier, with a closer adherence to a traditional verse-chorus structure paying dividends, whilst the harmonisation between Feck and Rachel Evans on the “The Last Love Letter” is an inspired touch; it’s a real standout, marrying the frustration and resignation of the lyricism to some gorgeous instrumentation - flickering guitars, strings that just border on mournful - to stirring effect.

Where there’s a little bit of sonic variation on the theme, the results are mixed; the quickfire “Sixteen Oh Four” is lovely, with that same mildly-bluesy guitar tone that Camera Obscura do so well, and “Far from the Pavilion”, with Evans’ lead vocal acting as a comparatively urgent counterweight to Feck’s largely reticent performances, fizzes along, driven by the neat pairing of pleasant, winding synth and almost aggressive guitar soloing during the interludes. “Wait ‘til December”, though, meanders, sounding like one of those umpteen efforts that Ian McCulloch’s made on recent Bunnymen records to recapture “Nothing Lasts Forever”, whilst “(All the) Avenue Girls” pursues some retro pop facets that are probably best left in the past; a relentless, whistling keyboard line accompanied by bratty group vocals on the chorus.

The potential for interplay between Feck and Evans seems to have passed them by on Paperback Ghosts, too; one is usually relegated to backing up the other, despite obvious opportunities for harmonies that would fit neatly with the sound of the record. Then again, you listen to the album’s closing one-two - the sparse buzz of the lyrically-peculiar “An Orchid Stuck Inside Her Throat”, then the sheer aggression of dramatic, Sonic Youth-channeling closer “Confessions of a Daydream” - and you realise that to talk about what you think a Comet Gain record should sound like is to miss the point. Once again, they’ve treated genre boundaries with genuine disdain on Paperback Ghosts, and the result is a reassuringly eclectic collection of songs - Feck is one of Britain’s true originals.