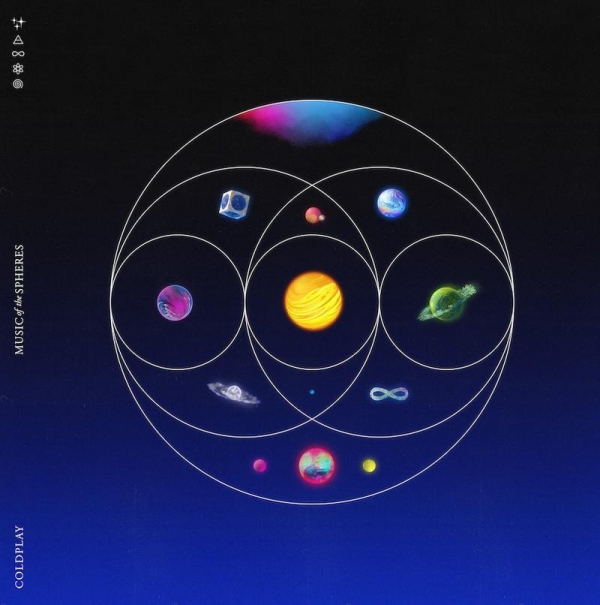 ​The ninth instalment from Coldplay is a funny one. With exciting collaborations on the roster and a concept that sparks intrigue, it was set up to be somewhat more engaging than their previous works that, honestly, almost blend into one. However, the album is delivered as a mishmash of ideas that misfire from the get-go, missing out on the potential it built in the lead-up to its release.

Coldplay love their grandeur concepts that venture into the ethereal, and Music Of The Spheres is no different. Employing the vastness of space and celestial alignment in their artwork and ideas, the album has a sense of epic-ness to it on paper. It’s sad then that as you get your teeth into it, it fails to lift off.

There are some bright stars in the mix, and singles “Higher Power” and the collaboration with Korean superstars BTS on “My Universe” stand out in the crowd, and not just by a little, but by a country mile - they have a dynamic structure and style and feel like the fully fledged songs that Coldplay have become synonymous with. “Biutyful” gets an honourable mention, as it really embodies the feeling of space and heavenly bodies through its production and arrangement.

Featuring big names like Selena Gomez and BTS is one thing, and taking on prodigy Jacob Collier for a track is a sensible move to progress Coldplay into the modern music landscape - however, the features feel like an afterthought when they aren’t utilised properly. “Let Somebody Go” with Gomez, while pleasant, lacks originality, and the presence of We Are KING alongside Jacob Collier on “❤️” feels rather left-field, especially when Collier’s input seems mostly for backing vocals and arrangement on a vastly empty song of layered choral vocals – coming off as more of a hymn than a song.

Influence on the album seems to come from all over, as “People of The Pride” is a dead ringer for classic Muse, and this high-energy pop-rock follows straight on from the aforementioned hymn track – jarring the listener into confusing juxtapositions within seconds. Not to mention the unnecessary use of emojis as song titles – sure it’s 'cool' for up and coming artists, but this feels like a little bit of a reach to engage with younger listeners.

The closing two tracks fall back into days of Coldplay past, with pretty instrumental sections that progress through ideas and develop as they go – but 10 minutes for the opus “Coloratura” as the closing track feels a little much. It could’ve been utilised as more of a live performance idea rather than studio recording, as it requires a certain and specific atmosphere to truly get into it. Again, it also lacks a sense of originality, as all of the emotions and lyrics have in one way or another appeared in their music previously.

It’s tough to remain creatively consistent, especially by album nine, so I have to give props to Coldplay for delivering another on-brand piece of work – and it’s safe to say their global fanbase will continue to support them, as their music is so incredibly accessible and easy-listening. I just wish they’d trim down the stylings and concepts, and instead focus on the core of their music which has the potential to be incredible – because until then, they will continue to be a middle of the road band that peaked with Viva La Vida.