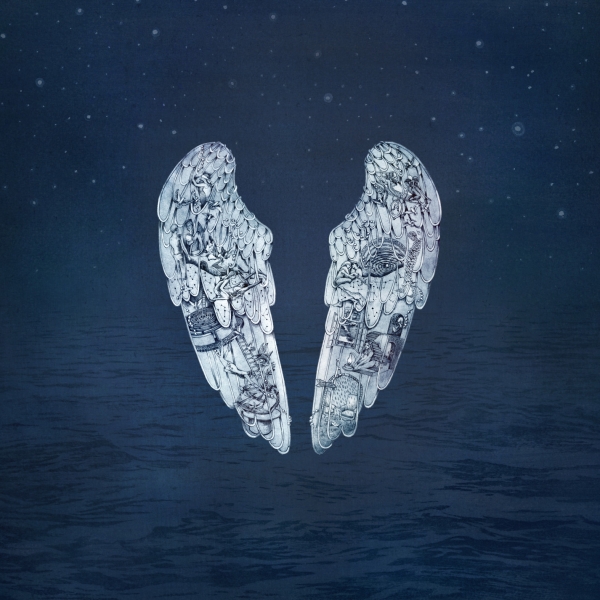 “Ever since our band came out, we have been a very polarising group because we do a certain thing very well”, said Coldplay’s Chris Martin in a recent interview on BBC Radio 1. “I don’t really mind what anyone says about this album.”​

If you don’t like or “get” Coldplay, you never will. Be it Martin as a frontman or the band’s routinely mocked “soft-rock” tendencies, there will always be something - perceived rightly or wrongly - to poke at. Martin used to let these insecurities consume him before concluding they “didn’t make any sense”. In many ways, it’s also been the emotional path trodden by fans and super-fans alike; in the past you might have winced when someone asked who your favourite band is but now you wear your loyalty firmly on your sleeve.

For the first time in the band’s career, Ghost Stories feels the closest to the truth. There’s little idiosyncratic pastoral or religious lyrics to sugarcoat feelings, and hardly any pandering to what people or record labels want. It feels like the album they’ve been wanting to release, albeit the most personal and dark one to date. Riddled with heartbreak and self-acceptance, Ghost Stories is also the first LP that truly belongs to Martin. Finally, the lazy, ill-perceived view that Coldplay is Chris Martin has some validity.

The first proof of this is on “Always In My Head”, which hears Martin mumble “I think of you/I haven’t slept” beyond gorgeous loops of ecclesiastical female vocals. It’s an enchanting introduction to an album that brims with music personifying lyrics. Martin is soon comforted by a lullaby of dream-pop guitar lines, humming bass and percussive rattles. But later listening reveals “Always In My Head” as the calm before the storm of Ghost Stories’ cutting underbelly.

Lead single “Magic” is a clear illustration of the album’s clever understatement/statement interplay. Musically, it’s centred by simple hip-hop beats pummelled by Will Champion, two-stringed bass chords strummed by Guy Berryman and quiet guitars clanged by Jonny Buckland. But before long, the thrill of expansive guitar echoes and Martin’s astounding vocal range comes to the fore. As Martin ponders the pleasures and pains of love, we hear melodies restrained and released - a beautiful and arresting contradiction. “True Love” also experiments effortlessly with contrasts. The album’s motifed drum pad beats return (a whole world away from Champion’s usual power-drumming), rumbling beneath string plucks and falsettos drooping between major and minor. As the track unfolds, dissonant guitars screech over warm melodies, acting as the perfect tonic for the bittersweet taste of love.

Written by the band and produced by long-term friend and collaborator Jon Hopkins, “Midnight” is quite unlike anything Coldplay have ever written, replete as it is with heavy vocoder and minimalist electronics. Many critics labelled it a weak album teaser, unable to stand on its own, but in the album’s context it makes subtle but enormous impact with its chilly glitches and perfect pace.

Ghost Stories is not without its faults. Where “Ink” has lamentable lyrics about sealing love in a tattoo over Newton Faulkner-esque hippy acoustica, there’s almost too many avenues to rip into the absolute dross that is “A Sky Full Of Stars” (co-produced by Avicii). Despite it being the lyrical embodiment of Martin’s acceptance of a failed relationship and “(joyful) realisation about trying to grow up”, musically it sticks out like a sore thumb. Driven by a 90s piano hook and ear-bleeding klaxon-synths, Martin whimpers like he’s impersonating Ellie Goulding: a track suitable for daytime BBC Radio 1 or v-neck wearing pricks ‘avin it at Beach Break Live.

Thankfully, the former tracks are blips in an otherwise grounded and structurally fluid album. “Another’s Arms” hears the operatic vocals of “Always In My Head” return, this time splurged over sinister melodies and big beats. It doesn’t take a genius to work out that this is the fidelity number - the previously forbidden fruit that’s bound to satiate the tabloids - riddled as it is with Martin “wishing your arms were around me/my body on your body…when the pain just rips right through me/another’s arms”. Here, his heart audibly breaks over decaying synths and gloomy bass, all weighty and incredibly infectious stuff.

Fans of millennial-era Coldplay will no doubt bow down to the acoustic pop balladry of “O” and “Oceans”. Album closer “O” is comprised of pretty piano trickles and Martin’s falsetto that soars as high as the birds depicted in his lyrics. Lilting and emotionally stark, the music once again cushions his loss. But it’s “Oceans” that recalls Parachutes most powerfully and completely tears your heart out. Rasgueado guitar flicks and Martin’s raw vocal are all adrift at sea, floating away from the sonar bleeps, foggy drones and church tolls that flood the final few minutes. Quite frankly, it’s one of the best songs they’ve ever written.

Ghost Stories is not for stadiums, nor for experimentation - it’s for the truth. It’s not Coldplay’s strongest album, nor is it their worst and it certainly isn’t them asking for acceptance or rejection. As much as Martin may emphasise it being a learning curve or “joyful realisation” about the ups and downs of love, it’s inescapably, undeniably a break-up album. Rousing, downtempo pop to soothe a troubled soul. ​