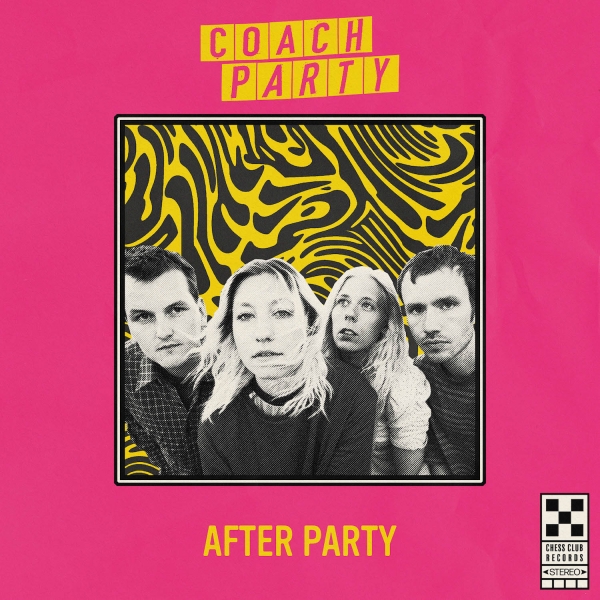 Given they’ve had to wrestle with releasing their two furtive steps into a world hellbent on consuming everything it can at a breakneck pace, Coach Party’s ability to captivate with catchy hooks, relatable lyrics and a buzz that keeps you yearning is a testament to their dogged determination.

Intent on drilling down into the how’s and why’s of growing up - being put through the wringer by pricks, pals and yourself - Coach Party strike with the right amount of gnarled spit and melodic tendencies to make such realisations palatable.

For their second outing, After Party, the Isle of Wight four-piece are doubling down on their insouciant grunge, adding another handful of songs to their repertoire in the same spirit as their debut EP Party Food.

Where Party Food was a band establishing itself - reaching deep into their ear-worm arsenal - After Party focuses on delving beneath the surface. Like its title would suggest, this is a collection of songs immersed in realisation - epiphany’s and anxiety - with an essence of empowerment cranking through, knowing that not everyone who enters your life will make it better.

While swinging solos, shake, rattle and rolling drums, along with crunchy bass all make for Coach Party’s base flavour, it's vocalist Jess Eastwood’s distinct ability to get to the crux of the matter that sparkles. Her short and simple words - “You’re a prick and I hate you” ("Crying Makes Me Tired") - removing all pretence, it is all blood and guts, not pondering, and skirting around a mystery - because why does life need to be more complex than it already is?

From Eastwood's nonplussed self doubt-chewing on the angluar "Everybody Hates Me”, with its more than on-the-nose, “Everybody hates me / I’m boring and unhappy”, to the howling cacophony of "Don't think that I want to die!" on opener "Can't Talk, Won't Talk", After Party digs around the mind of Eastwood like the leaves of her journal are rippling through every whirlwind minute.

Really, Coach Party’s fun truly appears when the swirling mass of distortion and rattling makes way for the melody to peek above; in those moments where the band locks in, pushing their swirling storm to the edge of rapture. It would seem, beating away beneath After Party’s fuzzy surface is the heart of a band in its purest essence: four people reckoning with the world, and sounding like they’re onto something while doing it. After's never sounded so good.