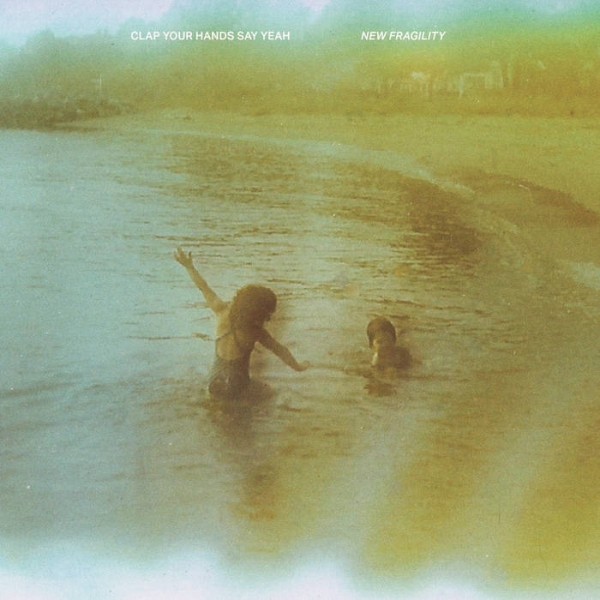 God, we had it so good for a while in the early 2000s, didn’t we? The Strokes, Interpol, Yeah Yeah Yeahs, TV On The Radio, The Killers, Arcade Fire, The Cribs, The National… Oh, and Clap Your Hands Say Yeah, the David Bowie and David Byrne-approved oddball indie rockers whose sense of boundless fun and relentless exuberance blasted out of the speakers on their 2005 self-titled debut.

Ever since, like so many of their peers (especially those not listed above), they’ve struggled to find a vein of form that extends for more than two albums. New Fragility is their (well, his – Alec Ounsworth is the sole remaining member) sixth album, and it’s the strongest album put out under the banner for quite some time.

Ounsworth felt like he had something to prove this time around, and he tried to imbue the album with a more intimate, more thoughtful version of his signature twitchy indie-pop. “It’s pretty personal,” Ounsworth said of the album. “It’s about what I think we’re all experiencing at the moment, certainly here in the United States anyway - trying to move forward amidst an almost cruel uncertainty.” (It should probably be noted that the album was fully recorded and finished before Joe Biden’s election win.)

Opener “Hesitating Nation” is stark, solemn and stripped back to a smear of guitar squall, some synth haze and a rigid rhythm. “Thousand Oaks” builds outwards from the opener, spreading through some ghostly Americana textures, similar to the kind of vibe you get from The Killers at their most widescreen. Ounsworth goes back to that same nostalgic well for the title track, and it works.

There are other great moments, from the spacey early Bowie piano rock of “Mirror Song”, to the lovely, sepia strummer “Where They Perform Miracles”. Ounsworth saves one of the most powerful statements of his career for the final track, “If I Were More Like Jesus”. It’s heartbreakingly earnest, with Ounsworth’s downcast vocals draped over a skeletal blues dirge. It’s good stuff.

Reviewers were first given this album months and months ago, and living with this record has been a great privilege, as some of these songs are particularly powerful when given repeated listens. New Fragility is an easy album to dismiss, especially when it’s such low-stakes (old band, low-key release), but it’s even easier to just enjoy it for what it is.