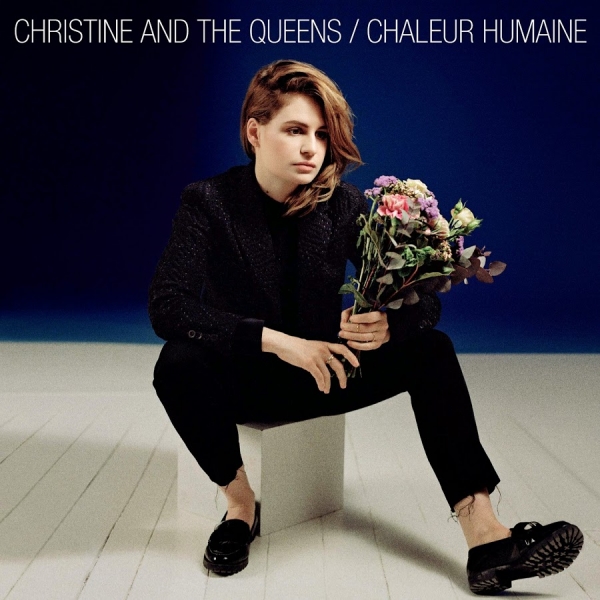 Are we sluts? Are we not sluts?

Just two of the slut-orientated questions posed by Christine and the Queens, the conceptually androgynous alter ego conceived by Héloïse Letissier to allow her ‘to be more daring, to be stronger, more out of the box’. In actual fact those are the only two slut-orientated questions that I am aware of her posing, but from reading about her you’d be forgiven for thinking that her sole creative interest was gender.

Of course, it plays a part. Having been schooled by the drag queens of Soho’s Madame JoJo’s in 2010, she then launched herself into a successful career at home in France, and since then has won a variety of national awards celebrating her particular strain of pop. But it’s about more than gender. In the church of Christine and the Queens, identity whatever your crisis, human warmth and being able to ‘use everything that could weigh me down like a fuel, like an energy’ is the sermon - and whoever’s on the organ is pretty good too.

She starts her writing process on her laptop with a hefty rhythm and bass line. No wonder then, that even during the slow elegiac parts of the record, I find myself both nodding and frowning in appreciation, see "Saint Claude", "Night 52" and her current single - "Jonathan", featuring Perfume Genius. The rest is relatively upbeat though – Letissier wants you to dance, whatever the subject matter – and her seemingly endless amount of electronic swishes and splashes will take you there. The record bounces heavily into view with "iT" and even with the substantial bass, the song still feels sparse and clean in terms of production, and, along with "Half Ladies" and "Tilted" (out 4th March), has something of the ‘feelgood’ about it, especially with the emboldened vocals and heartening lyrics. She also manages to mix Christophe with Kanye West. Fair enough.

Those who were first acquainted with the original French version of "Saint Claude" on 2014’s Chaleur Humaine are most likely too besotted with it to entertain the idea of a version in English. The fabric of the song remains the same but it just doesn’t fall quite as beautifully without the elegance with which she navigates the fibres and frays of her frequently diaphanous native tongue. Letissier stated in an interview that "Saint Claude" was written just after having seen people verbally abuse a man with tattoos on a bus and been happy that she could get off at her stop (Saint Claude) without being engaged by the group. Guided by guilt, she wrote a reimagined episode. The video, by the way, is exquisite. She seems to dance solely for herself, and so ably that it seems implausible that she could move in any day-to-day manner. She has been told that she is the female Michael Jackson, and her music does have the sound of the Thriller record about it ("Half Ladies" for instance), but their artistic resemblance reaches its zenith when backed up by her ‘loafers, six inches of ankle, then trousers’ look, which she has somehow managed to make look fantastic.

Chaleur Humaine is a truly enjoyable record, a durable collection of interesting and exciting pop music that is hopefully only the first of many to come from Christine and the Queens.