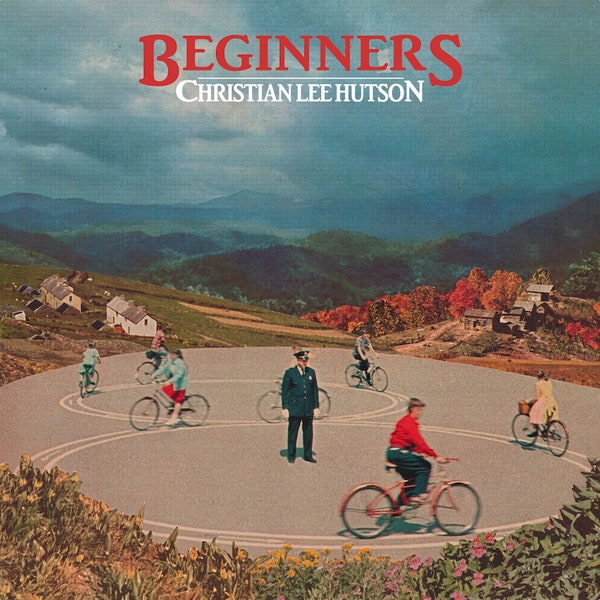 ​​Life doesn’t have to be a smorgasbord of over stimulated action scenes for it to make an impact.

It’s the little things that make this stint on earth we all have going on unique to us. While for most these idle on by, to be replayed late at night when sleep alludes us or when we’re driving and our mind wanders, for others it can become an art.

Excavating their minds to let us play party to their journey, songwriters, writers of songs, have helped us navigate life and all its ebbs and flows. They give us their journey’s, in turn allowing us to impart ourselves, to differing results, but each using their experience and wisdom (or lack thereof)

Christian Lee Hutson has a charm about his particular emotional decadence that feels so developed you wonder if his is a name which has been around for far longer than his 29 years.

On first listen, the obvious comparison to Phoebe Bridgers stands out - not for lack of reason - Hutson has co-written with Bridgers on her Better Oblivion Community Center and boygenius projects (she’s also on production duties here, as well as numerous backing vocals).

Digging deep into the echoes of life that seem to reverberate endlessly, Hutson carves out his own niche of storyboarding with desolate melodies that harp with such ferociousness the scene plays before you with your own likeness as the character and your life of feelings led mined for resonation.

Throughout Beginners comes a chance to follow a path where misery will entwine its fingers with yours, leading you down the garden path to a gentle river awash with a tiny chance of salvation where mostly it’ll just be your reflection staring back at you through the muddy water while you replay those moments of life that, for whatever reason, scream out for the thousandth time.

Ghostly vocals, float across the sparse guitars oft joined by various instrumentation (horns et al) but the bread and butter comes from the unity between Hutson and his guitar. Rarely does his voice peep above that of a hushed cadence, save for “Keep You Down” which sees Hutson and Bridgers coalesce with an intensity, pushing their voices to the edge of breaking.

What Hutson does isn’t just facsimile his mind into a medium for feelings, it’s much more than that. It’s a vivid picture of life at its most relatable, and bleak, because that’s what growing up is - a cacophonous rage of failure and success.

“You idiots in your leather jackets and glasses / you know I can still kick all your asses” on the euphorically reminiscent “Get The Old Band Back Together”, the gem in Hutson’s craft is his twinkling sense of humour that softens the edges, throwing out a chuckle along with the hard to deal with feelings. But also comes the reverse: “I want to hurt you and myself too / because that’s the only thing that I know how to do”, with vulnerable introspective honesty etching out a brutal chorus, trailing into a euphorically morose horn accompaniment on “Twin Souls”.

This isn’t a dance to rush, it’s one for the pondering and retrospective mind that relishes feeling the hurt and memory of days gone by. From dealing with addiction (“Seven Lakes”) to vivid scenes of moving town, trying cocaine, Morrissey apologists and untimely death (“Northsiders”), Hutson continues his startling ability to generate a world of his creation, and our making. It’s the little things that gift Hutson’s songs with a penetrable honesty, balanced between the softly plucked strings - beauty and realism.

Ending the album with the choral accompaniment of “It’s gonna happen any day now” while the beat bashes forward, a feeling of positivity washes out, as if this was all a part of Hutson’s plan. As if, true to the name, this is just the beginning. We just have to wait for more life to be lived.