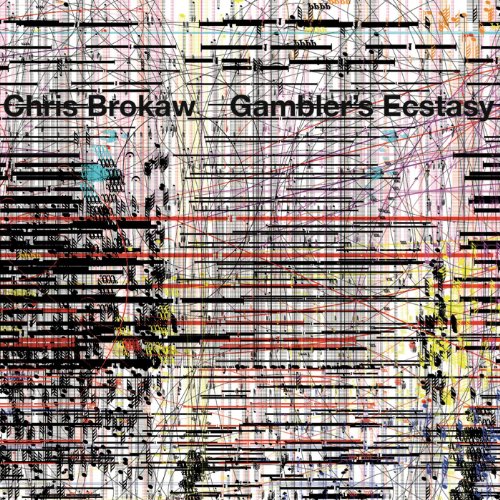 You might already know Chris Brokaw. Perhaps you’re familiar with his role as the original drummer for post-rock pioneers Codeine, whose spectral slowcore debut Frigid Stars is a masterclass in the spare, the sombre and the stark. Could be you’ve heard his considerably nosier outfit Come – after all, their output for Matador in the early ’90s still stands out as some of the nascent label’s highlights. There’s even a chance you dug on some of the other bands he’s played with over the years, like The New Year or Consonant, or even the musicians he’s collaborated with: Evan Dando and Geoff Farina leap fairly swiftly to mind. Or maybe, just maybe, you’re a fan of his solo work.

Whether best described as having a restless muse or an open mind, there’s no denying Brokaw is a phenomenal musician. His own records range from intricate Fahey-inspired instrumentals (2010’s VDSQ Solo Acoustic Vol. 3) to the relatively-straightforward indie-folk of 2005’s Incredible Love. Interestingly, the man himself regards the latter as something of a pop prequel to this latest opus, which in turn is a deliberate attempt to fashion “a rock album”. The expert, addictive craft of Gambler’s Ecstasy makes that intention feel like a noble purpose.

You can feel it from the very beginning; the crisp, murky bracken of dense, disorienting fuzz; a sense of purpose and deliberation that lasts until the very last note of the final track, pushing things forward and tying the album’s eclectic strands together. The acrostic poetry hidden beneath the fug of ‘Criminals’ is too cryptic to comprehend without a lyric sheet, but the tension it props up is simply breathtaking. It’s followed by the comparative warmth of ‘Crooked’; a relationship disintegration song first performed by Cincinnati quartet Wussy. Stripping the original of its fuzz-country brashness, Brokaw imbues an understated sense of fatalism to a sorrowful lyric, recalling the off-kilter acousticity of Mac McCaughan’s Portastatic project in its softly-strummed shrug.

Predictably, there are guitars all over this record. On the rip-roaring ‘Danny Borracho’ they add pep and crunch to a scathing character study (“Molte legato/Danny Barracho/Takes you in the palm of his hand/Making references you won’t understand”). The two-string sparsity of ‘California’, meanwhile, is purple-blue bruises and pained murmurs – beautiful in its execution but heartbreaking to behold. There are highs and lows; roars and whispers; fist-clenchers and eye-moisteners, with Brokaw firmly in control of his wild art. Then there’s the album’s ten-minute centrepiece: ‘The Appetites’ is a veritable behemoth of post-rock-indebted gloom. There are echoes of Slint, Aerial M and even Mogwai’s folkier excursions, with the Boston veteran’s voice almost entirely obscured by the cyclical pattern. Draining, sure, but no less rewarding for it.

The biggest surprise is reserved for the end, however. ‘Richard And Vanessa In The Box’ was originally written for an experimental dance company, and Brokaw claims he included it here to provide the listener with “the chance to reconsider all they experienced through the album, and perhaps with the opportunity to begin again”. As reflective album closers go, it’s certainly a stunner. Leaving behind the melodic eclecticism of the previous tracks, texture takes the focus for a dizzying wave of ambient patterns – a palette cleanser that’s mordantly distressing one moment and gently soothing the next. It empties you. It shatters you. It grinds the pieces into dust and then somehow puts you back together, brand new and hopeful and ready to start the whole thing again. Gambler’s Ecstasy? Maybe. But with a talent like his, this album was a pretty safe bet already. His turn for the spotlight.