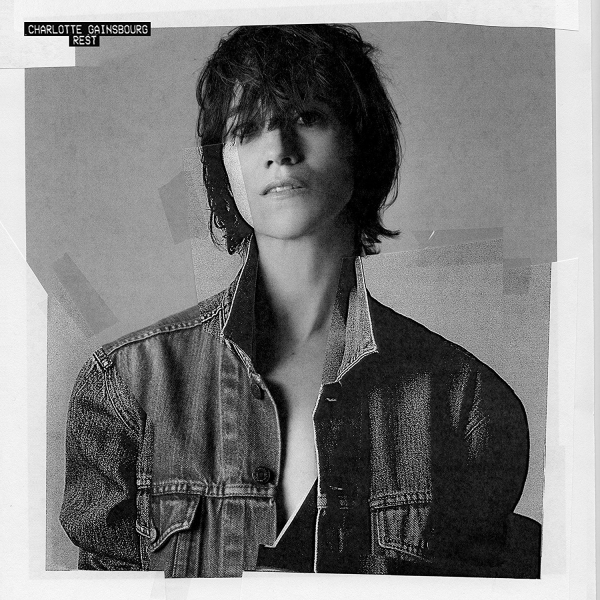 From van Gogh to Verlaine, the path to great art is often filled with (and indeed fuelled by) great pain.

I’m not, of course, saying that you have to have experienced this in order to be a ‘great artist’, but it would appear to help. Indeed, it helps significantly to be French; there’s something about the way that the society operates there with compulsory philosophy, a constant republic-revolution circle, and a café-conversation culture that’s drip-fed into public life like nowhere else.

Think of French music though and it’s surprising that a culture so rich has such a paucity of internationally renowned musical artistes. Brilliant DJs aside, a non-native might be pushed to name anyone except Serge Gainsbourg, whose iconic “Je t’aime… moi non plus” remains as instantly recognisable and as scandalous as it was when released almost half a century ago.

So it’s really no surprise that his daughter Charlotte is probably the closest thing France has to an international popstar. What might be surprising is that she’s not better known. Recording since the age of 15 (with papa, bien sûr), Gainsbourg fille’s music has always had an undercurrent of nonchalant recalcitrance; excelling just enough to be critically-lauded but never putting its head above the parapet fully to face, ahem, the music. Rest, her fifth and latest album, sees her fully embrace her life, her music, her fame, and indeed her position.

The catalyst for this volte-face? Well, that’d be pain. Leaving aside Serge (and his death in 1991), this is the first record that she’s released for seven years. It’s the first record she’s written most of the lyrics for. It’s also the first since the untimely death of her half-sister, Kate, in 2013.

Following this, Gainsbourg moved with her family to New York. “It was a way of making my sister’s death a little more unreal,” she told The New York Times recently. She also switched up her collaborators, enlisting everyone she could (from controversial author Michel Houellebecq to Paul McCartney, as well as Guy-Manuel de Homem-Christo and Connan Mockasin), and moving on from working with Beck as a producer to SebastiAn (remember him?).

As with her previous albums, Rest’s mix of breathy, intimate vocals in French and softer, English choruses continues to combine the beauty and naïveté of early Stereolab with the storytelling insight of Belle and Sebastian. Lyrically, there’s plenty to unpack. Unsurprisingly, there’s an overarching sense of melancholy, but the more you listen, the more you realise that she’s deftly poetic with her words in a way that’s clearly inspired by some of the great writers of the 20th Century.

A viciously-circling, brutally cinematic harpsichord opens the title track, which clearly references her sister. The painful lyrics “reste avec moi / s’il te plait / ne me laisse pas / t’oublier” are (somewhat unusually) intertwined with lyrics from The Snowman: Barry passed away in December. The resulting song is a beautifully delicate paean to her sister and to grief. It’s not an easy listen, with Gainsbourg’s whisper giving a eulogy-esque effect. If you’ve ever lost someone in tragic circumstances, this will have tears pricking your eyes.

The other side of the album is a kind of cosmic funk, as exemplified by “Sylvia”. It has a Goldfrapp-esque disco stomp with ‘80s synths, exaggerated dancefloor fades, some very Daft Punk-inspired noises, and bells on the chorus. It’s almost like a lost track from Air’s Moon Safari; languorous and purposeful, the perfect soundtrack to getting ready to go out, while encompassing a little Roisin Murphy’s sparklier edges.

“Songbird in a Cage” has this Daft Punk stomp too; it’s the powerful flipside of grief, the drunken night out to forget everything in your head, where you stare glassy-eyed at the dregs of your pint before advancing to an ill-advised sticky-floored nightclub. The lyrics reflect this: Flying through the sky / all your senses reeling / now you sit and cry / at the shadows on the ceiling.

Resolution to this album comes in the form of the closing track, “Les Oxalis”. Named for a delicate flower and featuring a driving disco beat over misty storytelling, it feels like the end credits of a movie, redemption achieved and chapter closed. To complete the circle, the album finishes with a child’s recital of the alphabet set to a triumphant crescendo.

Yet Rest is far from a finale; it feels instead the beginning of a new start for Gainsbourg. Embracing her past and feeling a new confidence, it’s surely a prelude to an even more glittering career.