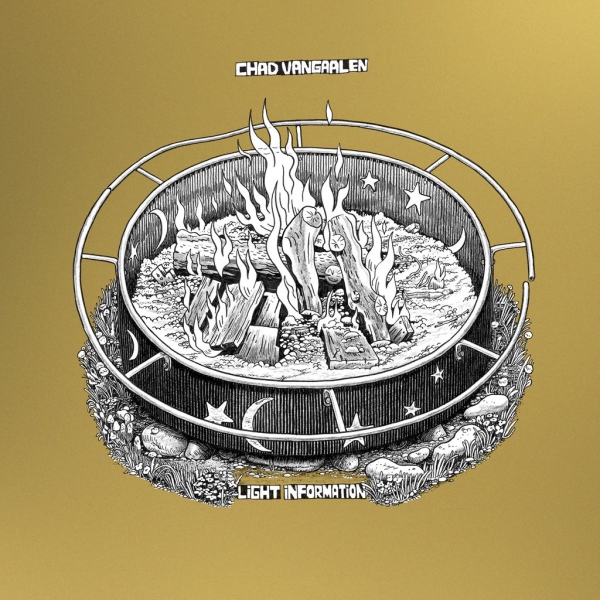 The genesis of Chad VanGaalen’s latest album dates back to before his last, Shrink Dust, which was written in part to be a soundtrack for his own sci-fi flick. Neither a sequel or companion, Light Information pokes and prods similar imagery, the two a pair of different colored eyes staring at an alternate future that sometimes feels here and now.

In an interview back in 2013, Molly Rankin of Alvvays shared some insight into what the experience of having Chad VanGaalen record her band’s debut album in his home studio, Yoko Eno, was like. Surrounded by colors and vibraphones, and a guitar “with a collection of various concert-goers’ dreadlocks fused together”, whatever that means, the band found themselves with a producer bent on adding percussion played with dining utensils. Not surprising for an multi-disciplinary artist who strongly believes that people should be able to live in houses shaped like giant hands.

There are degrees of bizarreness among VanGaalen’s different creative outlets. Wildest are his acid dream animations -- seen in not only his own videos but also in clips for the likes of Metz, Dan Deacon and others -- that swirl comic book science fiction and unsettlingly fluid bodies. His lyrics, especially here and on Shrink Dust, also often travel to parallel and future worlds, but hearing about being a host body for parasitic demons might be a touch less disturbing than actually seeing VanGaalen’s detailed vision of it. Then there’s the music itself, bedecked with neat detail but maintaining a garage accessibility and folk familiarity that makes the outlandish half of the equation seem somehow less so.

“Mind Hijacker’s Curse” and “Old Heads” stomp their way to elevating choruses. “Mystery Elementals” starts off with a gentle reminder of how far The Shins have sailed from Oh, Inverted World before the feedback crashes in. “Broken Bell” mulls over mortality with a wink of humor (“Should I take/The advice of the graffiti on the wall telling me to go suck it”) while “Pine and Clover” circles in evergreen blues. VanGaalen’s sixth album shows him easing more into his bright and disorienting vision.