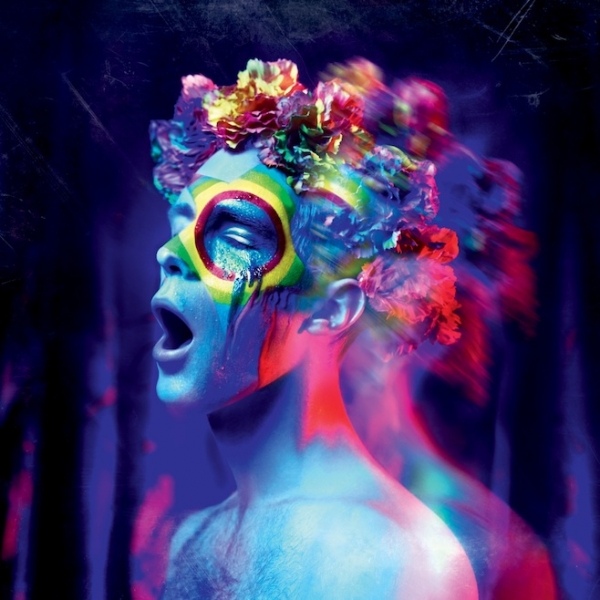 We’ve endured four long ceo-less years – Eric Berglund’s previous LP, White Magic, came out in 2010 – but the wait’s not been in vain. Returning as marvelous as ever, Berglund is set to detonate Wonderland.

The first solid proof that Berglund had indeed returned came in the form of “WHOREHOUSE”, a synthpop charmer bouncier than a spring-loaded kangaroo on a pogo-stick, replete with beats for moving your feet. It’s crammed with facetious whimsy, and features toytown plinky-plonk keys amidst the glitzy electronic salvo, as well as a giddy child (or a very childlike voice) cooing between the paparazzi-flash wonk. It was the first concrete communication from ceo in far too long – but boy, it’s still uncompromisingly ace.

The rest of the record ain’t half bad neither. “Harakiri” is a gorgeously produced late ’80s power ballad, draped in Berglund’s vocal quirk and the frenetic whirr of cyber-gizmos. It’s schmaltzy in extremis, but the moonstruck sprawl would be limp without Berglund’s penchant for over-emoting. While many artists would flounder and gibber with this abundance of feelings, Berglund seems to be entirely apathetic to his public displays: it’s this nonchalance towards outsider perspectives that bolsters ceo’s allure. If Berglund were to give a single, introspective crap, then the ostentatious facade would crumble, leaving a plastic epitaph. Instead, he whole-heartedly throws himself into the Kingdom of Bathos. Ultimately, it demonstrates his confidence and his natural knack for making even saccharine pop sound glamorous, edgy and enticing.

“Juju”, featuring the candied melodies of J-pop and swooning doo-wop humming, is about as toned down as Wonderland gets. There’s snippets of the sampled tide, and the faintest odour of present-day Mew. The track acts more like a prelude to “Ultrakaos” than a standalone effort though. “Ultrakaos” being a eurodance number with crook rhythms scattered everywhere, dulcet found chatter and toy piano. It’s indeed chaotic, as its name would indicate, but not in a cataclysmic thrash-metal kind of way, more in a way that’s reminiscent of playing “Barbie Girl” backwards in a cave.

“Wonderland” itself however, is a fresh kind of mayhem. Not as overtly boisterous as other cuts on the LP, but it’s basically an electro sea-shanty, even down to the jiggy fiddles and wash noises. It’s as close to genuine seapunk as you’ll get without resorting to Alestorm’s offerings. Also on display here is Berglund’s most fantastical lyrics, rapped by an unknown voice: “Boy you run so fucking fast in em’ Gucci shoes/ ’til you fall and scrape your knees, sing the Gucci blues/slick shit, derelict, kitten on the loose/rockin’ rollin’, poppin’ pills like they’re jujyfruits!” Move over Milligan, Berglund’s the crown prince of bananaland now.

Wonderland‘s a cracking slab of chewy pop-toffee. It’s sugary, and superficially slathered with rainbow glitter, but it takes more than a few seconds to comprehend and devour the music. You’ll need repeated relistens to fathom what the holy mackerel is going on half the time, as the first few will be spent jaw agape and scratching your bonce. When you do break through the alienating honey-gloss, inside is fuzzy, gut-warming morsels of intimate pop. It’s like toffee, but it’s also like a piñata, ’cause when you get inside there’s more goodies. Maybe it’s more like a Gump-ian Milk Tray. Or an array of nice jams?