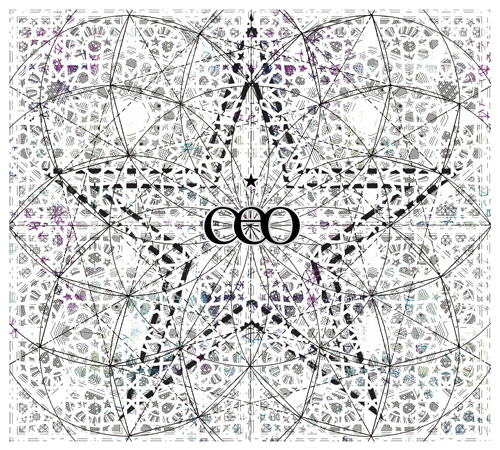 ceo is Eric Berglund, one half of cult Swedish duo The Tough Alliance whose widescreen pop was characterised by its lightness and party vibes.  Tough Alliance exuded a trail of fleeting moments, self-contained pop joy that encouraged the same kind of togetherness of a crowd or an audience. White Magic finds Berglund retreating into himself, soothing with the same pop sensibility but with an air of mystery and depth. On the surface White Magic plays like a well-crafted synth-pop album but peeling away its layers reveals a more complex beast.

The record starts with ‘All Around’ a slow-build almost chamber pop introduction that recalls a melody line from lead single ‘Come With Me’. It has the neat trick of encasing the quick-fire songs that follow in a Russian doll effect, multi-layered and almost-sprawling with ideas for such a short album.  The quickness barely leaves time to reflect on anything and sounds almost celebratory with its major-key melody mining – something Berglund excels at.

On ‘Love and Do What You Will’ Berglund ceases to worry about love and instead allows it to wash over him, ready to be led by its feeling; and as he sings “take my hand/and do whatever you will” he leaves the song in a state of almost manic emotion – the upbeat tempos here and elsewhere mirror the racing heart of excitement – or anxiety – something which you feel Berglund is trying to power away from.

Indeed as the album cracks open like a music box with multiple listens the spinning figure in its centre is that of anxiety. It’s everywhere – in the crashing waves and heaves barely below the surface of ‘White Magic’, the too-fast pace of the songs and particularly on album highlight ‘Come With Me’ with its battle of vocal samples – one masked and cut while another other spills with bravado looping “I keep it real” as sickly synths bend and Burgland delivers a haunting vocal performance longing for company in his brave new world

Like every good narrative, sometimes the frame of its start is the best way to understand the whole. In this respect ‘All Around’ not only sounds like a reprise, but also acts like one. “I’m coming home to face the demons on my own / I’ve been all around my mind / I’ve been caught up running in circles”. White Magic is the sound of Eric Berglund racing around his mind, facing demons with energy and spirit, extinguishing them with pop.  And as interesting as the structure of the record may be, with its seductive themes and offbeat ideas, its most enduring quality is the power of the music – put simply, it’s a great pop record.