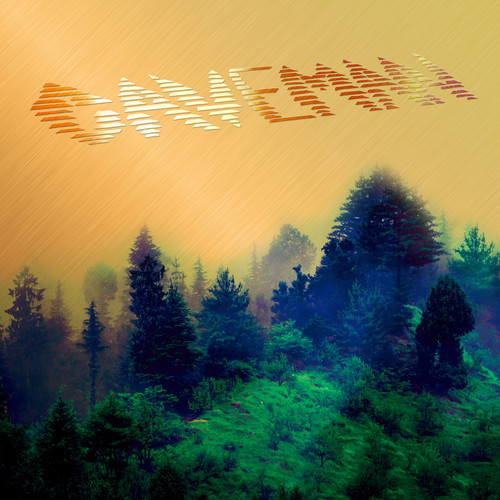 If the first Caveman track you ever heard was the pulsating 80s synth jam and perfect summer vibes of this year’s ‘In The City’, then you might think of them as a kind of spaced-out prog-pop band. If, though, you come from having heard their 2011 debut album CoCo Beware, a mix of folk-rock harmonies, beach pop (that was a thing, right?), intricate drumming and a bit of a lo-fi aesthetic then you might be forgiven for wondering what’s going on with sophomore record Caveman.

And that’s the thing about Caveman – they’re kind of hard to get a handle on…at first. All these styles and genre leaps for the New York five-piece probably comes from the fact that the band formed out of the break-up of a handful of others; singer and leader Matthew Iwanusa, along with guitarist Jimmy Carbonetti, was without a band following the collapse of The Subjects, and Caveman came together with three more members from other NY acts that imploded around the same time. So CoCo Beware was something of an experiment, and we now have – two years down the line – a more focused and together record in the shape of this self-titled release. Even the title points to a new start of sorts. The beautiful four-part harmonies remain, but what we have this time around is a record that homes in on space-rock, a bit of prog and shoegaze and a generally more expansive feel.

If we skip by the opening harmonies of ‘Strange to Suffer’ – a short goodbye to the old Caveman? – then we come straight to the anthemic and expansive, Bruce Springsteen-esque, ‘In The City’. It’s one of the great tracks of summer 2013 and is quickly followed by the messy break up story of ‘Shut You Down’, which is all liquid and echo-y Galaxie 500 guitar lines, and the similarly bitterly-themed ‘Where’s the Time (sample lyric: “where’s the time to waste on someone else’s life?”) is a lovely bass-heavy slow burner with a stunning guitar outtro. The Dean Wareham influence comes to the fore again in the fragile ‘Chances’: it’s one of the best moments on the record and shows that Caveman are equally adept at keeping things small and contained as they are at going cosmic. The same goes for the acoustic strum of ‘I See You’ – keeping it simple is often the wise choice. The band goes big again on ‘Over My Head’ and ‘Never Want To Know’, but in different ways; the former is a controlled, ethereal ballad dripping with harmony, while the latter lets the band off the leash. Iwanusa’s rich and enveloping vocals are given space to connect with, despite the song going off into the stratosphere with a stunning psych solo. There are a couple of times when the seemingly democratic band process goes awry (see ‘Pricey’ and ‘Ankles’) but these are rare missteps.

Caveman could benefit from a further refining of their sound, paring down the influences just that bit more until we get a brilliant space-rock act delivering on every song. As it is Caveman is one great leap forward and a glimpse into a tantalising future.