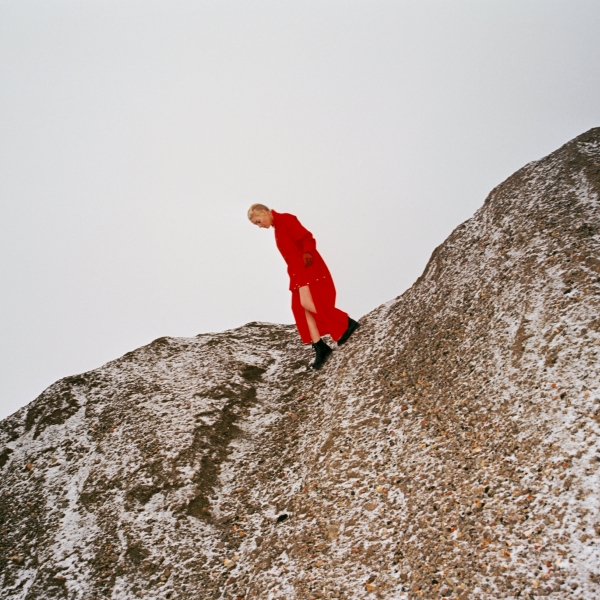 Since 2016’s Crab Day, Welsh singer, Cate Le Bon has made it her duty to remain active.

From last year’s Marfa Myths residency, to her DRINKS LP with White Fence’s Tim Presley, Hippo Lite, a fascination with woodworking, a collaborative, but yet-to-be-released EP with Bradford Cox, as well as her co-producing role for Deerhunter’s latest, Why Hasn’t Everything Already Disappeared?, Le Bon rnow eturns with her fifth and most grand LP, Reward. Here, while she enlivens decades of sound whether reworking krauty gems or art-pop glam, to the embrace of Françoise Hardy and David Bowie, and even channeling the likes of Stereolab, Reward shows Le Bon harnessing a reinterpretation all her own – stretching her range with layers of idiosyncrasies while remaining at the helm as one of today’s most sui generis anomalies.

While Le Bon’s work echoes some iconic names, Reward’s songs display a quiet vehemence – her style swoons with balladry textures that aren’t just quaint, but tracks that’re are rounded with sophistication, showing Le Bon poised as ever. Reward opener, “Miami”, ticks like a metronome – with its horn-laden sections, Le Bon unfolds the track in delicate fashion as she coos about the struggles of imminent change, how it alters our perceptions, and how we essentially and unconsciously adapt, moving forward: “Never be the same again / No way / Falling skies and people are bored…” This idea comes from Le Bon’s year-stint in Cumbria where the basis of Reward was manifested. But the theme of seclusion has never been so perfectly executed as Le Bon manages here. As others have opted for a similar outing, Reward’s songs bask in a timelessness, touching on nostalgia throughout its playful, freeing, and earnest style.

Le Bon gave us “Daylight Matters” back in March – a scintillating track with warbled, jazz touchstones. Le Bon narrates through its “I love you”s as a dedication to her time alone in a remote part of England: a proper, yet unconventional love song of how once we do eventually adapt to newness and its routine, we essentially begin to reap its benefits. Albeit while each track on Reward lolls through absorbing whimsy, Le Bon, too, secures its energy as a quiet force, reasserting specifically how these themes of withdrawal and retreat factor into making Reward so bizarrely cohesive and promising. This idea becomes more apparent while in L.A. attempting to put the finishing touches on Reward: In a piece for Rolling Stone, she says: “It just didn’t work…it was just too hectic, everything seemed a bit more fragmented and people were coming and going, as opposed to it being this closed off to the world-ness that I think I really seek when I’m recording.” So even in the depths of experiencing fluctuation and realizing a process doesn’t quite fit, Le Bon makes it her responsibility to alter it, fix it, and find a solution.

This came in the form of a month long retreat to Joshua Tree, California with co-producer, Samur Khouja where Reward was set to be reevaluated before its final completion. Here, Le Bon and company dig their heels back into the soil and readjust. “Home To You”, Reward’s second single, abides to the LP’s theme of placement – Le Bon’s honeyed voice laments overtop coruscating guitar strums: “Home to you / Is a neighborhood in the night kitchen / Home to you / Is atrocity in the town.” As our narrator, we fall into Le Bon’s words, we succumb to them, rather – the idea of what we perceive a sanctuary to be – and even if that definition isn’t quite clear, Le Bon helps lead us throughout the LP.

Tracks like the ultramodern “Mother’s Mother’s Magazines” swaggers with billowy sax bursts while “Here It Comes Again” is an ode to Nico if there ever was. But while Le Bon brought in a number of other collaborators such as Kurt Vile, H. Hawkline, and Warpaint’s Stella Mozgawa, Reward stands as a labyrinth into Le Bon’s stately and riveting mind. “You Don’t Love Me”’s minimalist output serves as an avant-garde trip – exotic at times, with horns, and woodblock knocks.

Nevertheless, to be welcomed into Le Bon’s world serves as quite the ride and right now, no one’s producing what she’s creating.

This idea is justified through her desire to submerge herself in woodworking – a new endeavor that demanded a lot. Hour-wise, a strict schedule, and incredibly taxing. While Le Bon enrolling in a woodworking program in England’s Lake District, Le Bon connected the parallels between working physically with her hands, creating an actual thing versus the toll of creating music. In that same piece for Rolling Stone, Le Bon speaks fondly of her time in the Joshua Tree desert stating: “The studio had these big windows, and beautiful pink light. You lose grip of wanting to control something, and in turn you regain control of the situation by letting go.” This is another idea that flows through Reward’s ten tracks courtesy of Le Bon – what it takes to endure and essentially amend. How time and place affects us and the build-up in creating something, anything, can be truly rewarding. “Meet The Man” closes us out – the LP’s most sparse track: Le Bon’s voice, piano, and various electronics. It’s a fitting send off until we hear from her again and a closing reminder of how the pieces in Le Bon’s experience fall in line – a metamorphosis of how life circles back around, and to witness its evolution in any form is simply fascinating.