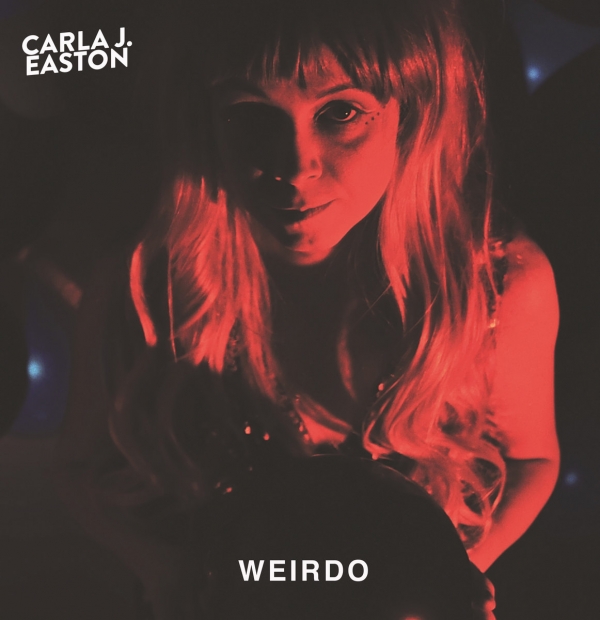 Written and produced in a studio that used to belong to Chvrches, Carla J. Easton’s latest album Weirdo is a cacophony of buzzy, orchestral, syrupy-sweet pop.

The album borrows from pop titans such as Carly Rae Jepsen and even Taylor Swift in its melodic composition and glittering synths, however something is always slightly off-kilter, professing an enjoyment of pop music without being tied down by the conventions of the genre.

As a whole the album is upbeat and spiky, all pop hooks and immediate vocals but stewed in something sweet and sticky which lends a feeling of being stuck at home with nowhere to go, beholden to time that is moving far more slowly than you'd like. It's an ideal companion to what's left of this year's languorous summer, but lead single "Get Lost" showcases a more traditional side of the season. The track distills the dreamlike escapism of Easton's music into a rush of joy, moving around a choral sounding synth line and riding its own high all the way to the coast and back. "Let me take you far away / we can turn the radio off" she sings, revelling in those new-relationship feelings, harking back to a time when jumping in your car and heading somewhere on a whim with someone new didn't come with so many questions about safety and ethics.

Further reflecting the times we're living in – when March turned to August in the blink of an eye and for many every day felt the same – some tracks do begin to blend into one another towards the end. Despite this, there is a refresher in the form of "Weirdo" a song which sees Easton unsurprisingly unabashed in her proclamations of self - "I'm a cherry bomb exploding in a messy situation” she announces over thumping drums and girl group backing harmonies, underscoring the ethos of this entire project: being different is something to be celebrated.

During a time which has forced musicians to draw back – cancel tours, resort to self-producing, or even re-emerging with an entirely new stripped back sound – it's refreshing to hear an album that is so unashamedly maximalist in its delivery. Carla J. Easton is making the music she wants to without a single care for what anyone else has to say about it, and it sounds brilliant.