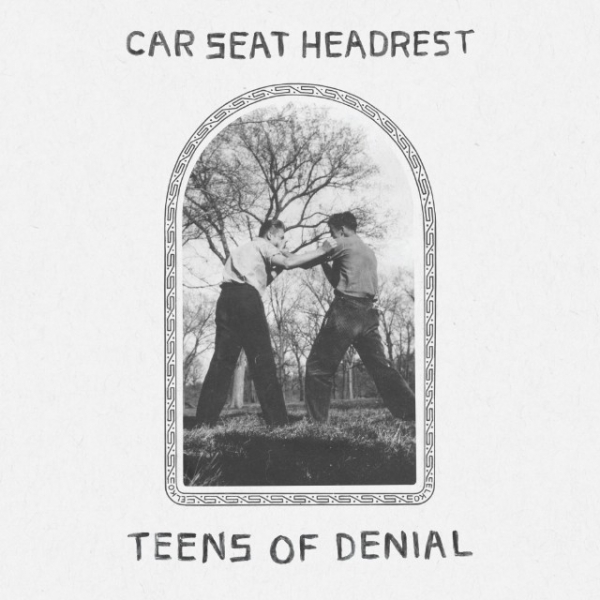 Car Seat Headrest initially began as the lo-fi bedroom project of 23-year-old Will Toledo. But after self-releasing 11 DIY albums (the vocals were recorded in his car, hence the name) on Bandcamp, he signed to Matador. His first step was to release Teens of Style, a debut album (more of a compilation) that collected of the best of his early material and re-recorded it for his newfound fanbase.

Its follow-up, Teens of Denial, is, essentially, Headrest’s first ‘proper’ album of newly recorded material - it was even recorded with a full band in an actual studio! And the result is, understandably, his most accomplished work yet. The album is enhanced by watertight production, but the album’s biggest attraction is still Toledo’s lyrics, which are humorous and intelligent without pretentiousness.

In fact, this album is so lyrically strong and engaging (“If I’m being honest with myself, I haven’t been honest with myself” - “Vincent”) that it could propel Car Seat Headrest into the league of lyrical heavyweights alongside Courtney Barnett and Chance The Rapper. In terms of sound, Teens of Denial is just a simple studious rock album, but it’s one where wit is almost a self-aware attempt to distract us from an underlaying sadness - it could gently tug at your heartstrings, but instead takes your heartstrings and thrashes them into Pavement covers.

Highlights include “Fill in the Blank”, “Unforgiving Girl” and the sprawling centrepiece “Drunk Drivers/Killer Whales” - a song about wanting to be a better person after going home alone in a bad state after a party. It’s a perfect example of how Teens of Denial, Toledo’s 13th album as Car Seat Headrest, captures inherent self-loathing and turns it into something to be proud of.