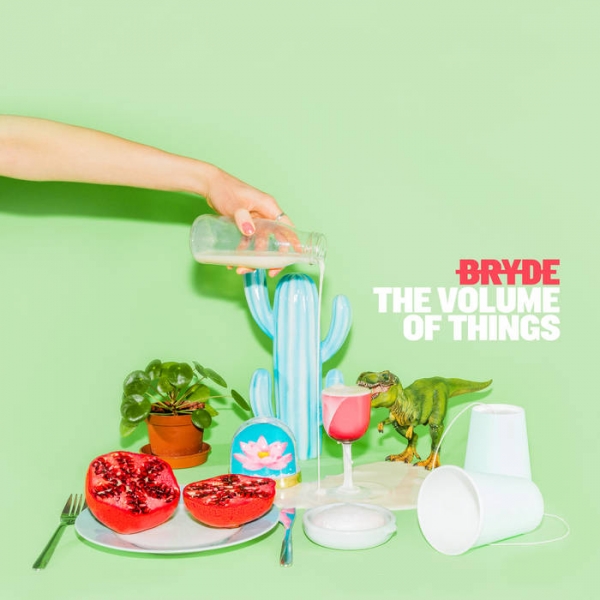 The notion of releasing a new album under lockdown and unable to promote it fully with shows, sessions and the opportunity to press the flesh with fans and press alike sounds unenviable, and for any band below your arena-fillers, must be a daunting task.

Luckily for Sarah Howells, performing under nom de plume Bryde, the music on her sophomore album The Volume of Things is able to do the talking for her.

Drawing on pop, rock and folk, Howells is an accomplished songwriter, crafting strong melodies that are delivered with clarity and poise. Bryde anchors tracks around her gently strummed electric guitar riffs, opener “Silence” featuring a sprightly melody skipping over a moody instrumental.

The backing band leans into '90s grunge (there’s even a nice Nirvana reference on “Hallelujahs”) with clattering 4/4 drums and throbbing bass keeping it simple and solid, ‘The Trouble Is’ demonstrating that the focus here is Howell’s voice and words, which on this standout track detail the hours at night trying to talk your own brain into just letting you rest.

“80 Degrees” is a lament about the parts of yourself that can be lost in a breakup, framed around the metaphor of jettisoning unwanted items in a charity shop, complete with the “can’t believe I used to do that” cringes familiar to many relationships ending. “Paper Cups” is a more upbeat number with an energetic backbeat and chorus that reaches that bit higher in Howell’s register and provides a nice change of pace. “Handing It Over” is another hopeful track with an expansive arrangement that gives the right platform for Howell’s easy vocal styling.

The Volume of Things is the sound of an artist confident in her craft, and at ease with her contemporaries in the storied Welsh song book. Having opened for the likes of Fatherson and compatriots The Joy Formidable, post-lockdown this stately second record will have no shortage of offers as the live circuit looks to get back on its feet.