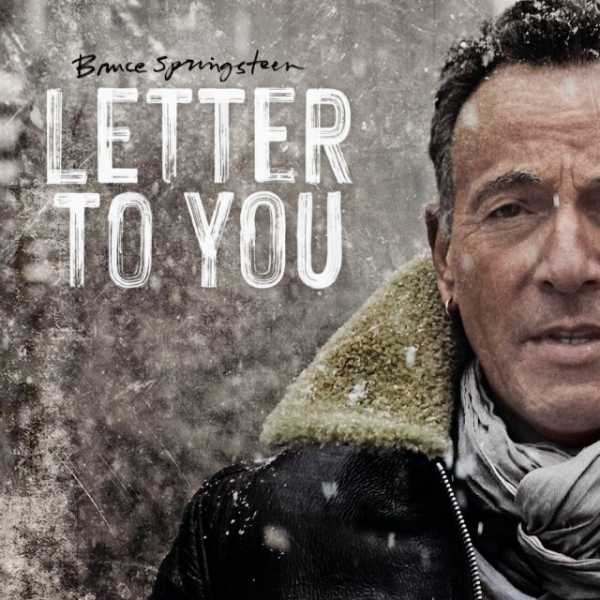 Despite closing in on half a century and nine administrations’ worth of making records, it seems like Bruce Springsteen’s president was Obama. As a songwriter whose preoccupation with possibility marked his best material – from “The Promise” to “Land of Hope and Dreams” – here was a man, and a politician no less, who best embodied the Boss’s values and encapsulated his vision.

So it’s easy to read Springsteen’s relative silence after the 2016 Presidential election as something of a troll move against Obama’s successor. The Springsteen on Broadway residency may have finished what his exceptional memoir started, but those shows marked his only live appearances in America under a Trump presidency.

As good as last year’s Western Stars was, it’s hardly the record people expected from Bruce’s first new offering in the age of American carnage. A lighter, frothier effort – closer in spirit to 2009’s Working on a Dream, if far less disposable – its seventies AOR aesthetic sounded like a man ready to croon his way into his dotage.

The first album with the E Street Band since 2012 does show that the Boss isn’t ready to go gentle just yet. Recorded live in the studio in four days (with only five booked to begin with) there’s an urgency here that, while not exactly missing from his more recent albums, certainly feels renewed. It’s what makes the false ending on the gorgeous title track, kicked back into gear as Max Weinberg beats his drums like a man a third his age, sound so vital and honest, rather than simply rehashing a trick from "Born in the U.S.A.".

The album is loaded with classically-minded Springsteen rockers here, all epic pianos and wailing sax breaks – Jake Clemons continues to avail himself commendably in the place of his late uncle, the totemic Clarence “Big Man” Clemons. But he has some new tricks up his sleeve too, albeit from old source material. Written in the early seventies, "Song for Orphans" and "If I Was the Priest" revive the rambling, word-vomiting slow-burn pseudo-Dylan style of Springsteen’s writing not seen this side of Nixon. Buffed-up and long overdue, they warrant every majestic second of their six and seven-minute run times.

Still, it sucks that we don’t know how long it’ll be before we get to hear some of this album’s more supercharged moments in concert. At least it gives people a chance to work out exactly when to raise their fists during "Burnin’ Train" or "Ghosts", whose rock-and-roll-as-communion lyrics seem less a reminder for what we’re currently forced to do without, and more a shopping list of what we’ve got to look forward to. “Count the band in and kick into overdrive,” Bruce sings in a perfectly-timed pause in proceedings. “By the end of the set, we’ll leave no one alive.”

But let’s get this straight: save for a glancing slight on "House of a Thousand Guitars" and the stately, darkly joyous "Rainmaker", this album is no State Of The Union address. He’s too good of a songwriter to think that anything more needs to be said about the way things are right now; more often than not, the fates simply bring us new Springsteen records when we need them most.

The most reassuring thing about Letter to You is how it represents another of Springsteen’s most cherished virtues: perseverance. After all, The Rising wasn’t designed as a direct response to 9/11, but boy was it received like a survival manual to that most dramatic schism to the American century. Sure, his two cast-iron late-career masterpieces – Magic and Wrecking Ball – were shot through with a righteous anger that is largely missing here, but maybe now isn’t the time for that kind of rage. Letter to You doesn’t try to fight fire with fire so much as give us all of the water we need to help us extinguish the blaze raging rampant and orange outside our windows.