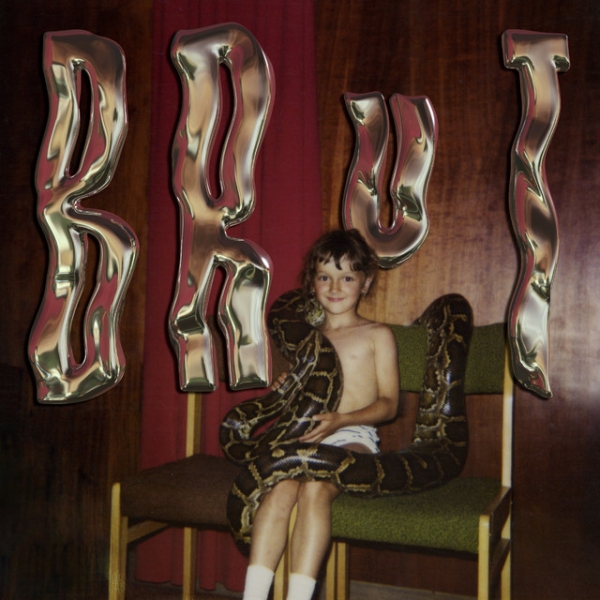 Brodka’s pursuit of dark alt-pop on Brut is curiously provocative as it quivers with intrigue and hunger.

Throbbing drums mixed with jagged bass, Brodka’s energy moves from punk infused rock to delicate tones of muted alt. The Polish musician’s fifth full length album shows her growth since her 2005 release Album, a post Pop Idol record produced after she won the TV singing competition. Moving from track to track, there is a lack of consistency as Brodka attempts to cross the seductive sound of St Vincent with Lykke Li’s fragile pop.

Opening tracks “Come To Me” and “Game Change” set the enigmatic tone as Brodka sensuously toys with industrial chain sounds and reverberating bass. An examination of gender, self-image and society, Brodka coolly sings “I will be the one who dares / Look who’s in charge / … here we go again / if you don’t mind / I’ll bend the rules.”

She shows off her talent for alt pop once again on “Fruit” which ventures into the experimental as ambient electronic tones twinkle alongside enchanting, harmonised vocals.

There is a sense of squeezing in as much as possible to create a fuller sound, a task that doesn’t reach a satisfying end. “Hey Man” emulates an off centre White Stripes which leads into and pushes up against “Imagination”, a track which has a promising mellow first half. It falls victim to oversaturation, becoming lost in a labyrinth of noise towards the end. Buzzing background vocals with processed synths overwhelm “You Think You Know Me” as you reach the chorus. Joining with Brodka’s clean indie melodies from the previous verse, the different sounds fight for the spotlight.

The unpredictability from one track to the other takes away from the mysterious undertone of Brut, making it more of a cold case than a thriller. The gripping opening energy is never regained, and the thrill of the chase slips away. Clashing guitars are replaced by atmospheric synths and a middle ground is never reached. However, there are moments that shine with an intriguing alt sheen and catch