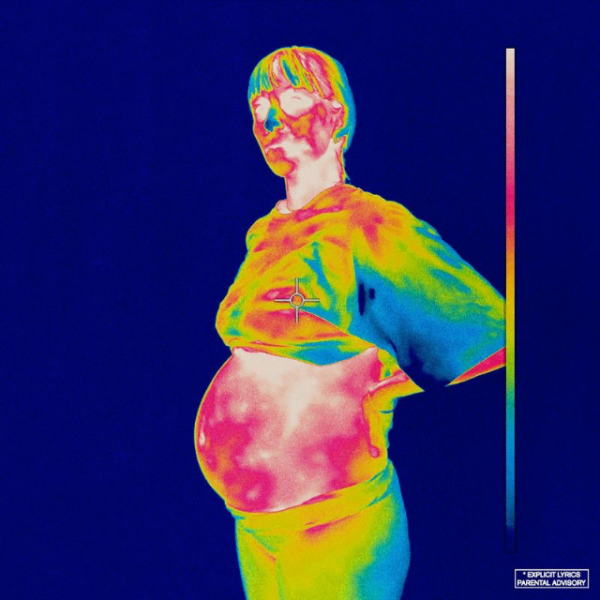 It was originally Team Effort. Then it was Puppy. For a short time it was The Best Years of Our Lives but today, BROCKHAMPTON released Iridescence, their fourth studio album.

The allure of BROCKHAMPTON is obvious. It’s something we all truly wanted – a diverse group of like-minded friends, coming together to create amazing music and, most of all, have fun. The fun turned serious in 2018, when the self-confessed boyband became a record-making machine, churning out three albums, The Saturation Trilogy, in the space of months. The tracks showcased their impressive ability to channel youthful exuberance and blue-sky thinking into refined, hook-heavy hip-hop tracks.

But they stuttered over the album that would succeed it and continue their rise. Its name changed, tracks were scrapped, there was a social blackout and near-break-up – all the direct result of the allegations of sexual misconduct by founding and now ex-member, Ameer Van. The revelations cut to the core of the tight knit group and it took a trip to Kauai for them to formulate how they come back from this. The engine had stalled and the record they had penned didn’t reflect this mood. The fun had gone for Kevin and co.

But they rebuilt, channeled their sadness into musical expression and pushed through, and we have the new album. Iridescence is their biggest musical test so far. The Saturation Trilogy gave us no time to breathe between records, feeding our hunger for more (despite releasing much more regularly than any other artist). For the first time, there’s a real level of expectancy from the collective. The accumulation of their successes over the last year, signing to RCA, the radio plays, the Fallon performance, the delayed album, the change of title (and again, and again) all fed the anticipation. While we sat, praying for new music, BROCKHAMPTON were in Abbey Road, looking on taking their creative process back to the original vision: making music with mates.

It’s fitting, then, that the album begins where Saturation III left off – when they were last at their happiest. "New Orleans" erupts in classic Brockhampton cadence with an infectious, bouncing rhythm that’s hard to sit still to. Dom McLennan is punchy in his flow and makes a strong case for being the most well-rounded rapper the group now possesses. After a fleeting cameo from Jaden Smith, the track moves smoothly into "Thug Life", in which the London Community Gospel Children’s choir – pretty much a group of talented young kids - sing, "I’ve gotta get that bag / it’s a thug life" to cheerful effect.

Within 5 minutes of the record, Brockhampton show light and shade, hard and soft. The softer elements often expertly achieved through slurry rap from Matt Champion and Bearface’s melancholic vocals. This is the case, too, on one of the stand out tracks, "San Marcos" – a mellow musing, that could have easily worked as the final track. Stripped back with only guitar and orchestral touches, the lyrics layered over are honest and raw and builds to a beautiful sing-along choral crescendo of "I want more out of life than this / I want more, I want more."

Anyone who has seen the band live will know the energy that exude and the response they get from fans because of this. So it wouldn’t feel right if every track was a sombre affair. The middle of the album is bridged well with faster-paced moments. "WEIGHT" grows with a drum & bass track that sets it apart from anything else on the record and is possibly a nod to the British influence of the record. Joba’s revitalised on "J’OUVERT", going in hard on his verse, before the instrumental breaks into a sample of Soca track "Doh Blame Me" by Lavaman. You can already picture "DISTRICT" on stage – its opening is infectious and will make crowds bounce, for sure, but drifts into slower more experimental elements.

That’s a common theme on the 15 track album. The more linear, hook-driven structure to their songs on Saturation III are rare and instead, each song here is more unpredictable in its form and direction. It twists and turns driven by emotion and aided by the varying talents of the six frontmen. Kevin Abstract is so often the mastermind, but on Iridescence, there’s no reliance on one member to take centre stage and in turn, some who were prone to lingering in the shadows have burst into the limelight. The more you listen, the more intricacies you notice. The more you listen, the more you realise just how defining this record will be for the future of Brockhampton.