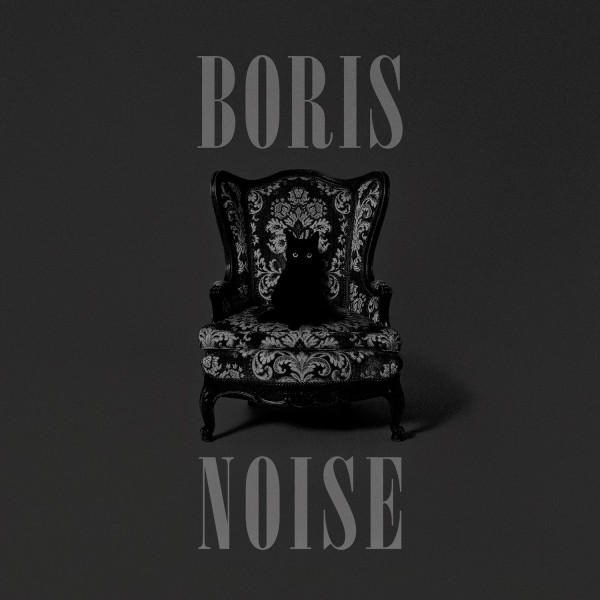 Absolutego? Magnificent. Amplifier Worship? Even better. Heavy Rocks (orange), Akuma no Uta, …Feedbacker – all near perfect. Pink? One of the best heavy metal albums ever made. Yet most metal fans have never heard of, let alone heard any of the music of, Boris. Could this be because they’re not your typical metal band? It could be. Could it be because they consciously avoid categorizing themselves and their fans? It could be. But in many ways, Boris are the greatest metal band on the planet without ever having to bow to any box-ticking, journalist-enforced genre tags: It’s been eighteen years since Takeshi, Atsuo and Wata released their debut collection Absolutego, and in that time they have shown themselves to be the most ambitious, most eclectic, most awesome group it’s possible to be. They are the natural, truest successors to My Bloody Valentine and The Melvins, Sleep and Sonic Youth, Swans and Sabbath. ​

​All of those iconoclastic, groundbreaking artists are afforded a kindness that Boris aren’t – the ‘scene’ or genre to which they belong has fiercely devoted, completely inexorable apologists that will defend them against any naysayers or disbelievers. The fact of the matter is that once you hear them, it’s nigh on impossible to disbelieve the fierce fire conjured by the mercurial combination of Atsuo’s thunderous drums, Wata’s by-turns searing and soothing guitar textures, Takeshi’s nightmarish, suffocating drones… Up until now, the diversity of their previous records has been a blessing – the inventive, constantly surprising nature of Boris is highly engaging. For example, two of their collaborations, Altar and BXI, were recorded with Sunn O))) and Ian Astbury, respectively. Sunn O))) are the drone metal wizards that are becoming increasingly noticeable in mainstream media outlets because of the purity of their sound and the ferocity of their intent. Astbury is a singer with 80s goth-metallers The Cult, and an unabashed supporter of modern iconoclasts, despite being as commercially aware as some of his less respected peers that grew out of punk and into new wave – an unusual choice on paper, but his Lizard King bellowing added a depth to Boris’ sound that they don’t often plumb.

Noise is the nineteenth Boris album, and it pretty much encapsulates the bold claims I made earlier. The opening track “Melody” begins with a smooth, psychedelic wash of buzzing noise, then it grows into an enormous expanse of sound, taking fuzz-heavy guitar riffing and a pummelling drum workout and fusing them onto a shoegaze core – the track flows rather than chops, and Wata’s background vocals are signature Bilinda Butcher “oooh”s. The outro is a gargantuan, Hawkwind-sized, star-gazing maelstrom of sound. The denim-and-leather biker rock of “Vanilla” is at complete odds with the previous track, but seems to be forged of the same steel. A “Symptom of the Universe”-by-way-of-King-Buzzo guitar shred and a rock-solid rhythm section are the primary weapons on show, and the guitar riff that comes just after the two-minute mark is one of the heaviest you’re likely to hear this year. With such a monumental riff Boris invite you, for the first time on the record, to bang your head. Atsuo’s swinging, Bill Ward rhythm locks down the guitar pyrotechnics tight, allowing for the vocals to yearn and urge above them.

There’s an eerie emptiness to the following track “Ghost of Romance”, where the open spaces are only sparsely populated with a gossamer-light musical populace. It’s a blissful, reflective track that retains that threatens to go full-spooky, but never breaks the listener out of their mild catatonia. Wata’s gorgeous, sweet singing opens and runs throughout the next tune, “Heavy Rain”, all the while vying for space with a slower-than-thou doom metal musical backdrop. Atsuo’s snare hits seem to have improbable weight, which is a credit to the production values of the record – it sounds perfect, as a Boris album always does. It leads one to wonder what prevents many bands from making a record where the sonic terrain isn’t a singular, monosyllabic expression. The off-kilter fuzz-pop of “Taiyo No Baka” serves as a lead-in to the epic “Angel”, an eighteen-minute ride through a heavily cross-pollinated field of musical styles. It has the open, edge of space scope of your best psychedelic jams, but the icy cold atmospherics and piercing guitars of a black metal track. Wata’s guitar solo that begins near the eight-minute mark is simply divine: Wata’s Gilmour-esque tone and drive, in combination with her smooth, legato style, results in one of the best solos of Boris’ career to date.

The penultimate track “Quicksilver” was released as a taster before the record came out, and it’s still my favourite track on here, simply because it’s one of the more preposterous tracks delivered on Noise. It really showcases the best the trio has to offer, in ridiculously potent fashion: It begins as ferocious crust-punk then just after the minute-mark, a hyper-speed thrash metal shred can result in the listener becoming completely slack-jawed with awe. Takeshi’s vocal style on this track borrows heavily from the Kevin Shields of Isn’t Anything, but amps it up to fit the intensity of the track. “Quicksilver” plays with genres as though they were Legos – shoegaze vocals and punk speed form the basis of the opening section then, at 7:20, a monolithic doom metal riff enters and completely flattens the listener with a wall of heavy droning. The final track, the suitably named “Siesta” is a calm, soothing outro that allows the listener to try and quantify and qualify what they’ve just heard over the course of the previous hour.

Pink still remains Boris’ best record, and the best entry-point into their staggering catalogue. But Noise is the best album since that, a staggering, cathartic masterpiece that won’t have much competition in terms of quality in 2014. If you’re new to Boris, take a chance on them – this is already my album of the year, and given one listen, there’s a chance it’ll become yours too.