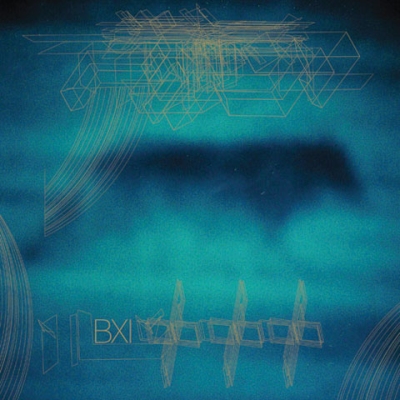 Seeing Ian Astbury perform with The Cult at the Sonisphere Festival, just a couple of weeks ago, hit home just how well-loved his distinctive vocal was, nay, still, is. Thousands of fists hit the sky that day just as thousands of voices that accompanied every lyric did. Over the years we’ve seen him pop up on various projects and impromptu collaborations, like The Doors reformation, MC5, Tony Iommi, Deborah Harry and Slash, but to hear that he’d teamed up with Japanese experimental drone and doom specialists Boris was definitely a bit of a shock. It’s wholly new territory for him but the potential clash of styles had me, and clearly plenty of other Sonisphere attendees, salivating.

The project, tentatively titled, BXI (one assumes that stands for Boris multiplied by Ian), however, refuses to see each artist meet in the middle. It’s amazing quite how much influence Ian Astbury has had on Boris; enough to make them adapt around him by employing 4-4 drumbeats and strummed guitars. Astbury on the other hand slaps his mark hard on the project, throwing his dying, elongated lilt to each word, leaving a steaming red welt across the majority of tracks.

‘Teeth And Claws’ still rocks with a vivid passionate sheen slaked onto a glut of murky guitar gloop, leaving it lying like a layer of chameleonic oil upon dark water. However, you do find yourself yearning to chuck a hulking great stone in to watch the resulting ripples create unpredictable mayhem. ‘We Are Witches’ scrambles hard to create a ledge of white noise, but Boris refuse to step off leaving us with just messy slabs of pitching thrash. ‘Magickal Child’ promises, initially, to digitally crack the mainstream feel of the EP, but when the band lay down the sluggish half-time pace, Astbury merely adapts by slowing his vocal to match, when he could be dipping in and out, exploring the cloying melody by weaving himself around it.

Our only escape is Boris’ reworking of The Cult’s ‘Rain’, where Astbury hands over his mic to Boris’ guitarist Wata. Her delicate touch leaves us with something that stirs the soul. The screeching, psychedelic riff sucks hard upon our memory banks, the dreampop vocal cyclically swirls, and the thumping drumbeat hammers home the point.

With the Cult frontman such a devotee of Boris’ back catalogue, it’s actually quite surprising just how unimaginative BXI really is. Potentially, the project was a firecracker; with Boris acquiescing so readily, it’s nothing more than a vehicle for Astbury to prove just how unwilling he is to change his delivery to fit. Astbury fans should lap this up; Boris fans might want to think twice before purchasing.