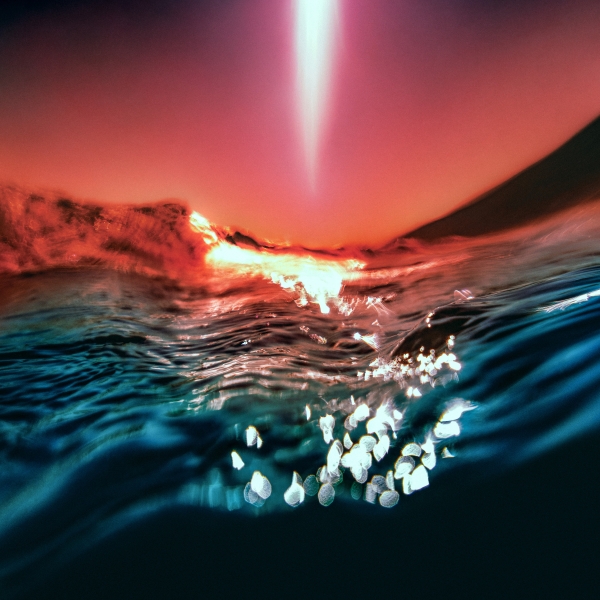 Like all of us, Simon Green, otherwise known as Bonobo, found the last two years hard. When the world stops, how does a musician as well-travelled as he is carry on? Known for constantly writing whilst on tour; for taking his inspiration from a host of genres and cultures across the world, where does he find his muse?

Like a lot of creatives, the act of being stuck inside stifled Green's creative juices — his often prolific rate of production slowed to almost nothing. This creative stagnation was only exacerbated by the way his adopted home of the US seemed to be descending into chaos as much as his native UK.

Throw in the wildfires that hit his home state of California so violently, and it's easy to understand just why Green felt at such a loss. Gradually, as the world steadily began to move once again Bonobo's creativity also began to flow. The result is Fragments, a fitting title for a record that at one point felt so unlikely; that has been recorded and produced remotely and only recently begun to feel like a record to its creator.

And what a record it is. The culmination of a turbulent four years, both personally and otherwise, Fragments is Bonobo's strongest record yet. Building on the foundations of the records it precedes, while using the current global climate — both literal and otherwise — as a jumping off point for what feels like his most emotional and poignant record to date.

Indeed, much like previous records, there's a strong emphasis on how the contrived and the organic instrumentation meet, something which feels much like a metaphor for modern life. Much like modern life also, Fragments is filled with staggering peaks and claustrophobic troughs, creating a natural ebb and flow that feels more prominent than anything his records have possessed previously.

"Polyghost", for instance, is a stark and subtle opener, built around deep bass notes and hauntingly fragile strings. It's an understated start to the record, much like the opening "Prelude" from Black Sands. Where that track relished in a sense of Eastern optimism, however, this lacks any real sense of buoyancy. Following track "Shadows", however, is a fidgety and frenetic offering, reminiscent of Detroit house, it's built around modular synths and a soulful vocal delivery from Jordan Rakei that belies an inherent, if not understated warmth.

It's the same warmth that bleeds into the Moby-esque "Rosewood" and is present elsewhere on tracks like "Age of Phase" or "Sapien". For the most part however, Fragments feels like a chilly record, a mood that reflects much of the uncertainty Green — and indeed the world — faced throughout its writing and recording process.

That doesn't mean to say it's a sombre record though. There's a sense of optimism and escapism that runs through the core of the record. While these have been present on Green's previous releases, they've never felt this realised.

The same could be said for almost every aspect of Fragments, the harmony between acoustic and electronic is stronger than ever. And though it might not tread any especially new ground sonically, it simply doesn't have to. Fragments feels like the culmination of everything that Simon Green has been building up to over the last 20 plus years. A rich and cathartic release from a musician at the very top of his game.