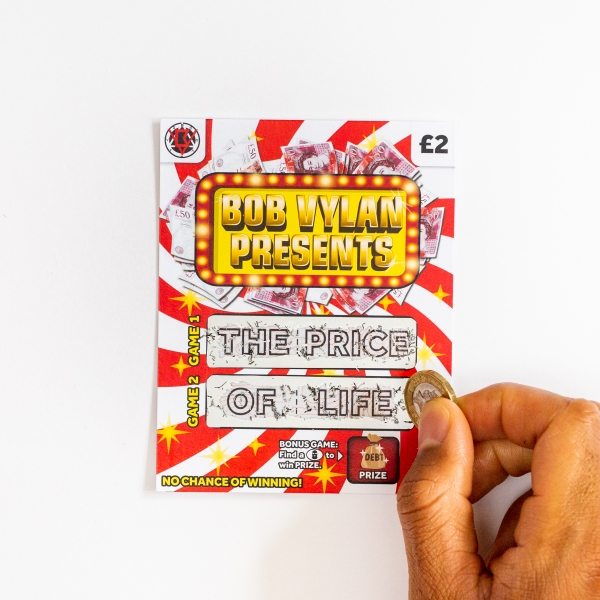 Bob Vylan’s 2020 album We Live Here not so much reflected on, but ripped the plaster off just about everything.

Racial inequality, class constructs and its links to poverty, the Tories, the Monarchy, police brutality, and what proved to be a little too real for some involved, the music industry – an industry which found their lyrics to be too confrontational prior to the resurgence of the BLM movement post George Floyd.

With doors slammed in their face, they operate from within in a purely independent, self-sufficient way. The time since that previous LP has seen their stock rise as they teased this album, and support slots with the likes of Biffy Clyro and The Offspring which have helped them climb the ladder, still underground, and more importantly, still real.

The Price of Life continues with the observational agenda, smooth but furious rhyme flows, with a who cares approach to genre. Though grime and hip-hop, or punk and thrash influences are still prevalent but they’ve stripped back on the former sounds which is a shame as tracks such as "England’s Ending" and "Lynch Your Leaders" are bass heavy thrills. That said, there’s plenty here that will satisfy their fans, and help them gain new ones.

Spiking consciousness with rage, right from the outset The Price of Life takes no prisoners. On the breakbeat and thrashy guitar riffs of "Wicked and Bad" Vylan muses “Rent on the rise, you can’t afford it / Baby needs new clothes, told your lady you sort it” this kind of observation hammers home the state of the UK in 2022, later suggesting the body of Margaret Thatcher is exhumed; “Let’s go dig up Maggie’s grave and ask her where that milk went / England’s ending, death’s still pending – BURN THOSE FUKING BUILDINGS”.

The best track here is arguably "Take That", lifting that riff from 808 State’s 1990 rave classic "Cubik" and dropping a minimal hip-hop beat under it. Vylan casually handing out lyrical beatdowns as if it were confetti at a wedding, beginning with “Elvis was a hero to most but he never meant shit to me because the fucker was wack / And he hated blacks and he never made one hot track – straight facts”, the following two minutes contain a brilliant tirade against; gammons, Churchill’s statue, the economy, St George flag waving, Oxford grads on cocaine, the Queen, and the racial optics involved in cheap chicken and chips. Then in an extraordinary twist, the anger twists into bars about health, justifying his anti-chicken and chips stance by declaring “I’m raised off that but I gave it back / WHY / Cos the body gets sick of that shit / Wreaks havoc on the heart and liver / and we can’t fight if we’re fighting our ticker”. It’s thrilling, totally unique and very British.

Continuing that health kick, the dancehall vibes of "Health Is Wealth" implies the government is killing people through cheap junk food which is damaging to the environment as well as to those eating it, suggesting mental wellbeing could instead be attained through quick and easy to make chickpea curries, fruit, exercise and the reading of books to keep the brain active.

Elsewhere, other hard rockers such as "Big Man", "Drug War" and "He Sold Guns" are modern day updates of black rock/rap acts from the '90s such as Dub War, Fishbone and Ice-T’s thrash band Body Count. The sneering "Pretty Little Songs", summed up as “Blah, Blah….Rah Rah Rah”, is a blistering attack on those who don’t believe violence should be countered by violence “I'm violent when I need be, you got a problem come see me / black lives have always mattered, you were just never told so on TV" is the most uncompromisingly real line you will hear all year.

The Price of Life’s relentless delivery of its agenda is a tiring but invigorating shot in the arm. Will time show this to be their best album? Maybe not, is this an album by an act quickly becoming one of the most important acts in the UK whose message demands to be heard? Absolutely.