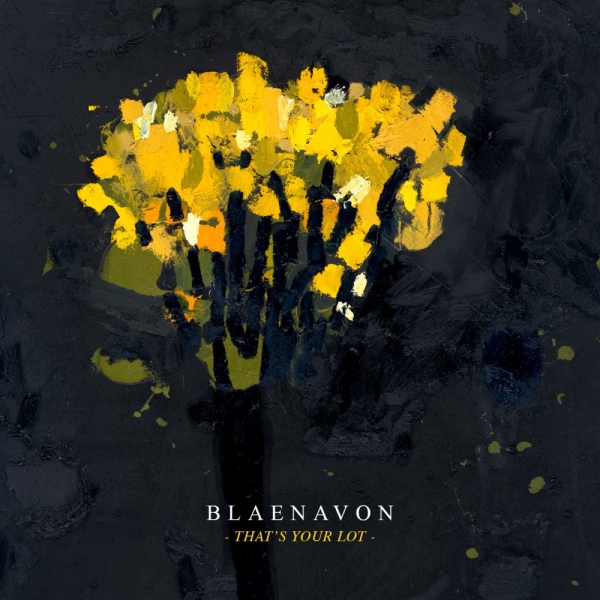 Whether it’s through wide eyed wonder or drawn out turmoil, on debut album That’s Your Lot Blaenavon give voice and form to youth in all of its infinite variety.

Written over five years, the album is a venture through everything this band have come to be. It's a lengthy undertaking. Clocking in at very nearly an hour, the record does offer its indulgences. It's lavishly made too. Riffs ebb and flow, melodies glide and collide, building up a layered tapestry that never loses its sense of splendour. As rich in worth as it is in texture, the album is the very embodiment of who Blanevon are.

It's a stunning stratosphere the band create for themselves. Refrains bubble so vividly you can practically picture them in all their colour. Lyrics glide with a gentle ease, words that are familiar, fragile, and resounding with strength all at once. Through songs that'll sweep you away to songs that strip everything else back, the sound that Blaenavon create is equally as indefinable as it is exhilarating.

On singles "Orthodox Man" and "Let's Pray" the group showcase their knack for a steadfast pop hooks with an unwavering tenacity. Songs like "Alice Come Home" demonstrate their ability to take entire genres in their stride, drifting from gentle melodies through assuredly plucked refrains to ferocious cataclysm and back again while barely even breaking a sweat.

Penultimate track "Swans", written when frontman Ben Gregory was just 16, has been with the group from the start. A mark of endurance, it presents them at their most sprawling and cinematic, hinting towards how much further they are capable of going. Intricately woven, the world of It's Your Lot is every bit as spirited as the world that surrounds us.

Resilient in its own admissions, the album is inner thoughts given flesh, a voice of candour and comfort soaring towards the future. Where it's leading is anyone's guess, but that's not the point. The point is right here. The point is right now. The point is the almost-hour you spend listening to these songs. And it's nothing short of magnificent.