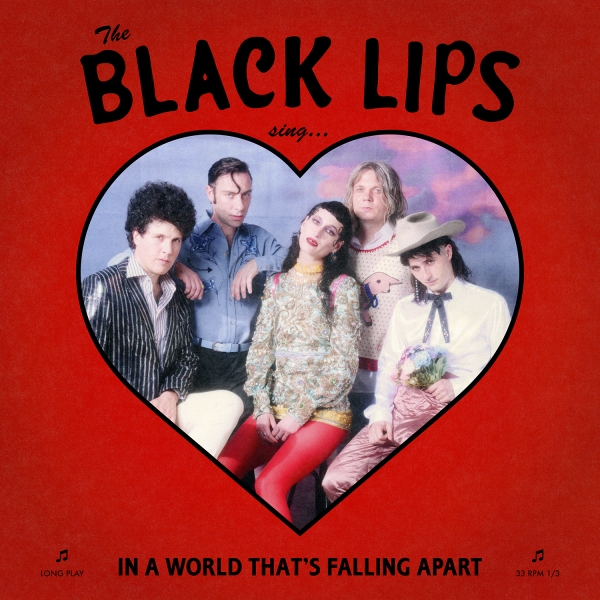 Longtime Atlanta degenerates Black Lips have never been content with playing it safe, keen to embrace the extremes.

The shape-shifting band are known for their raucous lo-fi garage punk that has inspired a myriad of contemporary indie bands, and their eccentric, unpredictable live-shows that descend into near-hysteria. And now, on their ninth record, the Black Lips have taken a left turn into country-punk, Sing In a World That’s Falling Apart seeing the band dive headfirst into the world of glorious, off-kilter honky-tonk.

It’s a wonderful new chapter in the Black Lips discography and, rather surprisingly, a breath of fresh air. The band have always been wonderfully, discordantly rowdy, and this genre of guitar-driven country-park encapsulates their chaos perfectly. The Georgia band fully embrace their roots on their ninth studio offering, a delightful sheen of old-school Americana coating the album. There are references to Route 66, Jonny Appleseed and a swathe of instruments you can only picture being placed at a cookout in a Louisiana bayou. The songs contain tales laced with dry, sardonic humour, i.e. “Hooker Jon” – “He thinks that I’m a hooker / She thinks that I’m a Jon”.

Sing In A World That’s Falling Apart arrives after years of several line-up changes for the band as well as major lifestyle changes that come with the frenetic, chaotic life of being a touring musician. It is a document of a band piecing themselves together, but it is also hard not to listen to the record and treat it as a brief form of auditory respite as our actual, very real, world is falling apart.

“This old middle finger has grown sick and tired of flipping the bird,” opens “Gentleman.” The world may be on fire, but at least we have Black Lips.