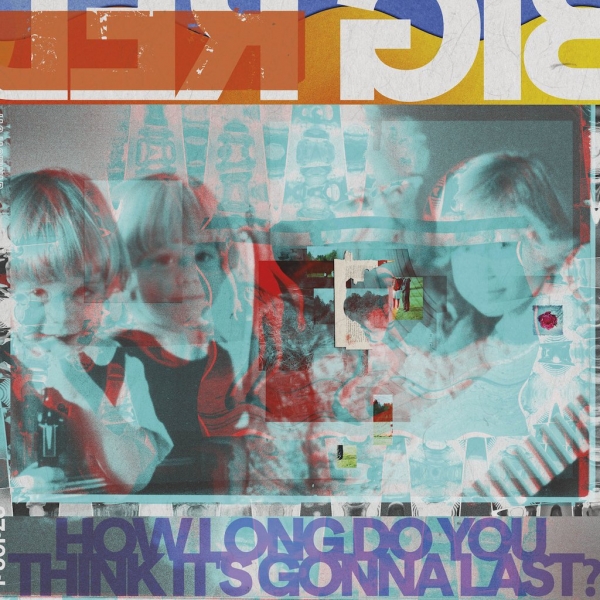 I don’t know why it took so long for artists to realise they could essentially feature anyone they wanted on their albums, but for some reason, in the past few years, it seems like a lot of them had that realisation all at once. Albums steeped in features are common in hip-hop, but elsewhere, it’s been a slow start, with last years Song Machine Gorillaz essentially became a platform for unlikely cross-genre collaborations.

Big Red Machine seems intent on becoming this vehicle for the world of indie folk. Their second album is a veritable Who’s Who including the likes of Sharon Van Etten, Taylor Swift, Robin Pecknold, Anaïs Mitchell, Ben Howard and This Is The Kit. It makes sense that Big Red Machine would end up here. Itself a pairing of Bon Iver’s Justin Vernon and The National’s Aaron Dessner, both have had their fingers in many pies of late. Dessner teamed up with Taylor Swift for her pair of lockdown folk records last year and by the time of their 4th outing I, i, Vernon had declared Bon Iver to be a nebulous group of rotating players. While this style of making music can create fireworks in the space of a song, I’m still not sold on whether it’s possible to recreate the cohesion of a single artistic vision when it comes to a full-length project.

To its credit, god knows How Long Do You Think It’s Gonna Last? tries. Most of the collaborators are certainly able to tune into one overriding mood, of late evening melancholy and nostalgia for adolescence, set among the open plains of rural America. Opener “Latter Days” says it most explicitly, with Anaïs Mitchell singing with a haunting resonance that “I recall it all forever / How there was no hiding place / So we called each other brothers / In the latter days”.

Fond memories and uncertain futures haunt the songs to follow, from Robin Pecknold of Fleet Foxes on the jubilant “Pheonix” to the tale of a rueful father of “The Ghost of Cincinnati”, a song which features no additional artists but still ends up sounding like Sufjan Stevens. Sharon Van Etten, Lisa Hannigan and My Brightest Diamond join Dessner to pay delicate tribute to Scott Hutchinson of Frightened Rabbit on the regret-filled “Hutch”, and Isley brings a refreshing sweetness to “Mimi”. The albums MVP is Mitchell though, who closes the album on the autumnal “New Auburn”, a bookend which shows that Desnner and Vernon were intent on tying it all together.

Despite their best efforts though, the record doesn’t always gel. Taylor Swift’s “Renegade” sounds like an offshoot from folklore and evermore, the melody she sings noticeably brighter and poppier than the rest of the material here, like it was dropped in from a different playlist. Worse still is “Easy to Sabotage”, featuring the kind of warbling vocal processing which Bon Iver mastered on 22, A Million but sounding completely grating and uninspired, like Lil Durk trying to freestyle over a Grizzly Bear song. The songs do seem to come from the same universe but, for an album which belongs most to the realm of storytelling folk-music, it’s too disparate to evoke the personal connection people tend to tune in to that music for.