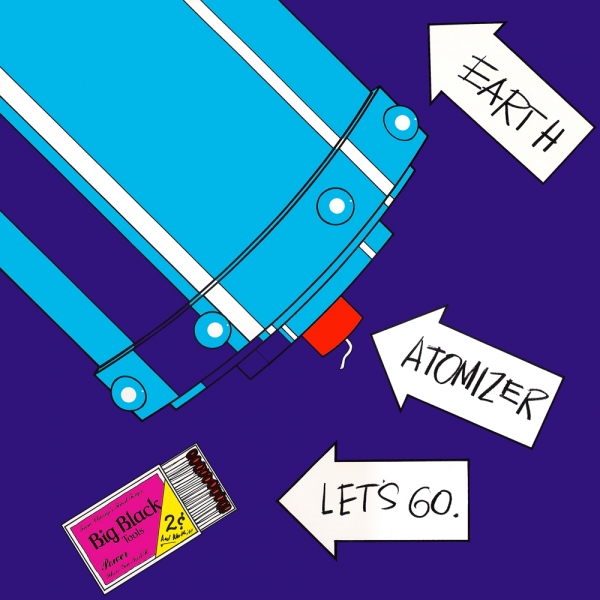 “This compact disc, compiled to exploit those of you gullible enough to own the bastardly first generation digital music system, contains all-analog masters. Compact discs are quite durable, this being their only advantage over real music media. You should take every opportunity to scratch them, fingerprint them, and eat egg and bacon sandwiches off them. Don’t worry about their longevity, as Phillips will pronounce them obsolete when the next phase of the market-squeezing technology bonanza begins.”

It’s a typically fiery rebuke against the march of digital progress from the band’s ever-outspoken frontman, Steve Albini. Looked upon with the 20-20 lens of hindsight, it’s easy to take the statement for granted: we’ve heard Albini go on to openly dissect The Problem with Music with fervour and aplomb; we’ve seen the ongoing push of digitalisation provide more than its fair share of evolutionary dead-ends; we’ve watched as the rise of the MP3 begat the ascent of playlist culture and as the doomsayers announced the resultant death of the album as a format.

In 1987, however, at a time when the US indie underground, which had been bubbling violently throughout the Reagan years, was about to reach boiling point both artistically and commercially - Hüsker Dü’s Zen Arcade, Minutemen’s Double Nickels on the Dime and The Replacements’ Let It Be all still fresh in recent memory; Sonic Youth’s Daydream Nation, released the next year, ushering in the largest sea-change yet - it was a vitriolic gob in the face of shiny, plastic consumerism.

The band would go one step further, in fact, leaving a staunch reminder on the CD itself of the medium’s finite nature: “When in five years, this remarkable achievement in the advancement of fidelity is obsolete and unplayable on any ‘modern’ equipment, remember, in 1971, the 8-track tape was the state of the art.”

All of which leaves us in an interesting position, on the eve of Atomizer seeing a remastered release on the band’s long-term home - and of Albini’s post-Big Black projects, Rapeman and Shellac - Touch and Go Records.

Over the following nigh-on three decades, in spite of the incendiary nature of his musical output - both on record and, philosophically, off it - Albini has become one of the most level-headed assessors of the state of music and of how we consume it: opposing the disposable nature of certain formats and questioning the integrity of particularly indulgent studio practices, but equally championing the egalitarian possibilities of digital music consumption and of necessary improvements in fidelity. He’s cast as a dinosaur of a bygone time in some lights but, in actuality, that’s only warranted by the acuteness of his observation and the retained sharpness of his bite.

Almost thirty years down the line, Atomizer remains an abrasive, challenging listen: a leering look under the surface of dark Americana whose ability to shock to this day is rarely matched by their pigfuck peers of the day. (For an equally effective, if less outrightly startling, peek, try Sonic Youth’s Bad Moon Rising on for size too.)

Dropping the stylus on the album’s acerbic introductory salvo "Jordan, Minnesota" - a glaring musical indictment of a reported child molestation ring in Scott County, MN - serves as an immediate reminder of why Albini and his co-guitarist Santiago Durango would frequently refer to their instruments with terminology like ‘train guitar’ or ‘rocket guitar’. It’s hard not to feel like you’ve just taken a face full of exhaust fumes as its proto-noise-rock, industrial clatter first takes flight, sped on assuredly by the inch-perfect precision of Roland: the band’s ever-trustworthy drum machine. Lyrically, it’s lost none of its ability to shock: Albini’s squealed refrains of “Fuck Daddy!” still as shiver-inducing in an increasingly desensitised world as they ever were.

What follows across Atomizer’s remaining nine tracks is quite possibly the most complete exercise in Big Black’s subversive search for what goes bump in the night. The twisted, nightclub stomp of "Kerosene" and its ode to arson and self-immolation; the deep-seated mental anguish struck through the battle-scarred "Bazooka Joe"; the 'flyswatter bass' of Dave Riley as it drives the elasticated "Big Money" ever closer to oblivion. There’s even the primitive, dull thud of instrumental "Strange Things" - present on Atomizer’s initial vinyl pressing but cut from all subsequent editions - included for the first time in 29 years.

While its follow-up, 1987’s Songs About Fucking, would prove equally provocative, its short two-minute sketches of power-violence are rarely able to conjure the same sense of slow-built dread and cathartic release as its looser, more meandering predecessor. A brief barrage of gunfire to Atomizer’s clawing, unsettling decimation of the social psyche.

To this day, Albini’s projects exist as by-and-large independently run outfits, eschewing run-of-the-mill promotional activities. Hence we find ourselves, here, explaining why you should listen to Atomizer and not examining the audible ins and outs of what a remaster of it sounds like in 2015 - there are no advance copies of this one, kids! No promo CDs or downloads - heck, there’s no CD version whatsoever and the only downloads come gratis with the vinyl edition; no grand reissue publicity campaign. Just its full 10 tracks, remastered by Albini and his Shellac bandmate Bob Weston (which pretty much ensures this will be an audiophile treat) on 180gram black wax.

Instead, all we can tell you is that Atomizer more than stands its ground with decades of distance: as the sort of fly-on-the-wall, disturbing social commentary currently being revisited by Sleaford Mods and Fat White Family; as a finger in the face of prevailing industry trends; as a record - reissue or remaster or whatever - capable of, nay designed for, rattling your speakers to within an inch of their fucking life. Longevity guaranteed.