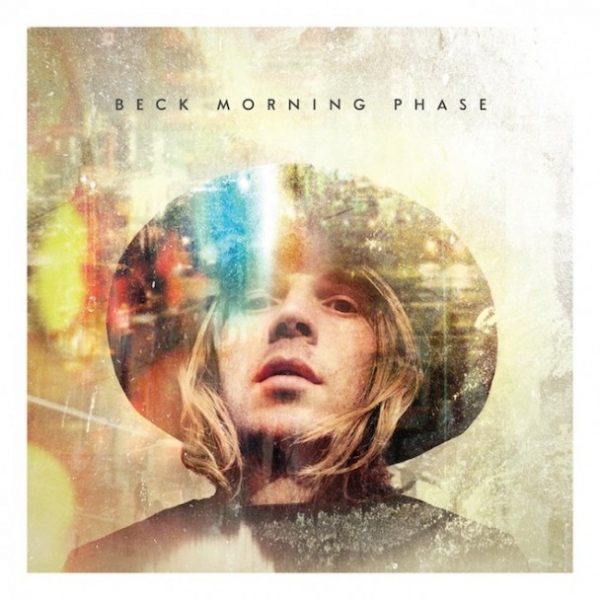 Since the release of Sea Change, Beck has tried his best to avoid travelling down its dark backroads again; there’s been production gigs, sheet music, po-mo artwork, disappointing Odelay! rehashes (we’re looking at you, Guero), and claustrophobic clatter-pop. But fans could never seem to agree on Mr. Hansen as they did twelve(!) years ago. Nothing he did could live up to the sound of his broken heart and bared soul, cushioned by softly-strummed acoustic guitars and swirling Nigel Godrich soundscapes.

But in the six quiet years since Modern Guilt (the aforementioned clatter-pop masterpiece), Beck has had some time to consider his options, and he’s moved forward by goin’ back. Morning Phase marks a gentle return to the ethereal Americana of 2002, a genre shift that no one seemed to expect him to make again. The burn here is slow – it definitely doesn’t sound like your standard ’comeback’ record - but Beck’s twelfth album is a more hopeful, welcoming beast than its heartbroken cousin; there’s far fewer lost causes fought or lonesome tears shed here. “Can we start it all over again?” he asks on gorgeous opening track “Morning”. The answer, it seems, is a resounding yes.

By know you all know the Appalachian mountain holler of “Blue Moon”, which trailed the album last month; one of the most intricately-composed things Beck has ever penned, its ever-changing arrangement - smothered in pounding drums and distant mandolin strums – gives Morning Phase its most mercurial highlight. Likewise, “Unforgiven” is a beautifully dirgelike ballad, one of Hansen’s best, and its sssssllllooooowwwww cccrrrraaaawwwwwlllllll of a tempo only makes its four-and-a-half minute running time seem far too short. “Blackbird Chain”, on the other hand, might take you a little longer to get your head around; boasting relentless chain of changes in time and chords, as well as what you might call Beck’s trademark rambling wordplay (“Give me traces of your lifeblood,” the song opens, ”flowing in a loving cup”), it’s the psychedelic heart of the album’s second half.

The elaborate production – with layers of vocals, and strange (but welcome) noises floating around the mix – is more impressive for never becoming fussy. “Heart Is a Drum” starts out with a couple of verses of deftly folksy pickery, but the endearingly clumsy joke of introducing a brisk beat around the ninety-second mark untethers the track from being Just Another Folk Song. That said, the album gets bogged down by its relentless use of strings – provided mostly by Beck’s father David Campbell; there’s none of the ingenuity of his Melody Nelson hat-tippingon ”Paper Tiger”. His contributions to Morning Phase consist almost entirely of dense clouds of violin which, aside from the dark swarm of “Wave” that leaves his son’s vocals suspended in total freefall, totally grey up the record; given that the record’s pair of orchestral interludes would suggest that Campbell’s contribution are an important part of the album’s framework, it seems like a missed opportunity.

All sins are forgiven by the closing track, though – “Waking Light” is nothing short of a masterstroke. It’s Beck’s big Beatles moment - or at the very least, surely a doff of the cap to George Harrison -and the album’s most epic statement. Having spent the entire record talking about the morning, it’s the moment where the dawn finally breaks, complete with an expansive chorus (“Fill your eyes with waking light,” he gently urges), and climaxing with a well-earned, mildly-ridiculous guitar solo. Rightly sequenced to cap the album, it’s the fulfilment of Morning Phase‘s fifty-minute promise – the sound of the sun breaching the clouds above the Hollywood Hills.

So Morning Phase may not be the most forward-thinking entry in Beck’s chamelionic canon, and its attempts to live up to the bare-bones stylings of his last “folk” album fall somewhat short. I’m not saying Hansen needs to suffer to make his best work – you can hardly imagine, say, Midinite Vultures being written in a bottomless pit of despair – but there simply doesn’t seem to be much of a heart beating at the album’s centre. Still, the songs themselves are as strong as ever - this may well prove to be the biggest grower in Beck’s catalogue - and only a curmudgeon could fail to allow at least a small part of the Morning Phase into their heart.