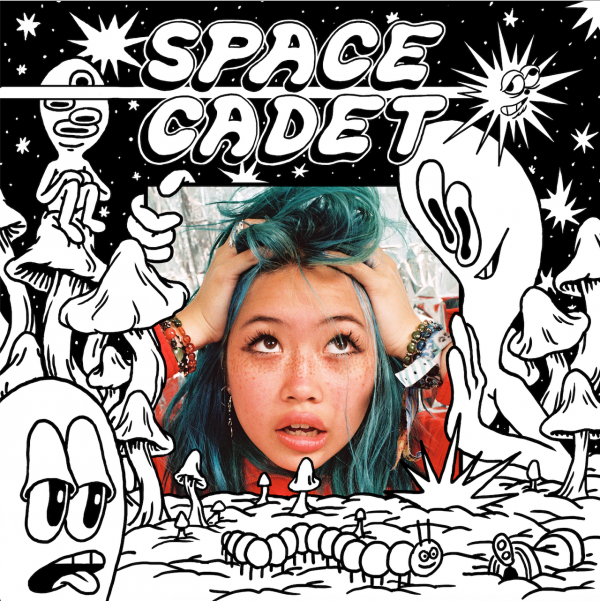 Beabadoobee – aka 19-year-old Bea Kristi – wants you to know that she loves the ‘90s.

She loves Tom Hanks (specifically in Big). She loves Pavement, the pre-eminent indie rock band of that decade, so much so that she screened one of their 1992 sets at her headlining Oslo show instead of having an opener. In fact, she loves Pavement so much that she has dedicated a track from her latest EP, Space Cadet to the band’s iconic frontman, with an ode titled “I Wish I Was Stephen Malkmus”.

In the song, Kristi declares she wishes to be Malkmus so badly that she sits in her room, crying to Pavement (Pavement aren’t a sadcore band – perhaps she cries because she is that desperate to be him?). Further listens to the five-song EP, which contain shimmering, cinematic indie-rock numbers drenched in the kind of fuzz-happy, distorted guitars emblematic of beloved ‘90s indie rock gods such as Built To Spill, Dinosaur Jr and Guided By Voices, might make you wonder how Kristi, at 19, managed to be born in the wrong generation. And yet, Kristi is at the forefront of a massive Gen-Z fanbase of the Instagram era, having soared to obscene popularity after uploading an acoustic song to YouTube two years ago. Having Kristi sing so passionately about Malkmus and yet having a pool of fans who were only born at the turn of the 21st century makes for an interesting juxtaposition. Malkmus’ influence on Kristi, at least based on her musicianship and guitar work, is clear. There are feral jam-outs that wouldn’t have sounded out of place on Slanted & Enchanted, and her music evokes a unique nostalgia. It’s reminiscent of the past, but her voice and lyrics – very “dear diary”, often a stream of consciousness and delivered in a way that makes it seem as if Bea is half-making them up on the spot (in “Malkmus”, she wonders if she made the right choice dyeing her hair blue) – challenge something fresher and younger.

On half of the EP, Kristi sings about wishing to be someone else. On the other half, she sings about space – being in space, nothing mattering because you’re in space, outer space – hence the EP title. After dreaming of emulating her Pavement hero, she dedicates “She Plays Bass” to, you guessed it, her bass player and best friend Eliana. “It hurts my brain / this chick who plays bass / nothing matters ‘cause we’re both in space / pretty sure we can never date”.

“I wish I was more like you,” Kristi proclaims at the end of “She Plays Bass”. Kristi wears her heart on her sleeve, and she doesn’t care who sees it.