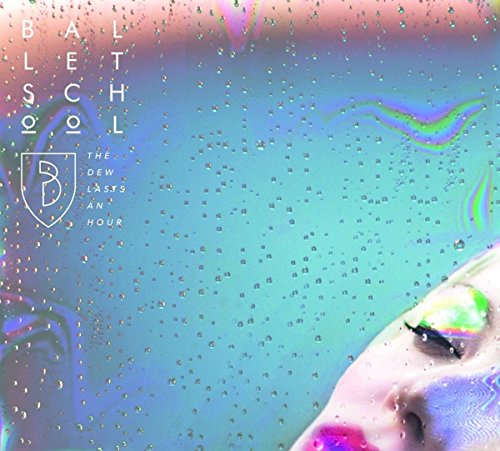 As far as modern day musical origin stories go, Ballet Schools’ formation is pretty sweet. Vocalist Rosie Blair heard guitarist Michel Collet busking in Germany’s U-Bahn, and was so enraptured by his playing that she promptly asked him to form a band with her. After bringing in drummer Louis McGuire in 2012, the Berlin-based trio’s lineup was complete. And the music that Ballet School creates sounds just as natural and fluid as their back-story. The buoyant, effervescent pop bliss found on their charming full-length debut, The Dew Lasts An Hour, pays stylish homage to their unmistakable musical influences while also adding decidedly modern textures and whimsical flourishes that gracefully updates the ethereal ‘80s-‘90s dream-pop sound.

That Ballet School should wind up signing to Bella Union—the record label of Cocteau Twins bassist Simon Raymonde—is added serendipity, as Blair and Collet initially bonded over their shared love of the Scottish sonic trailblazers. And there isn’t a better home for the trio’s vibrant new collection, as the band has clearly found a perfect fit on Bella Union’s resplendent roster. “Slow Dream” is a perfectly titled and placed opener, as it ushers in the somnambulistic quality of the band’s liquid sound, while also showcasing the remarkable vocal range of Blair amidst the slowly swelling arrangements that announce the album’s glorious start.

But the Prom party—as envisioned by John Hughes (who surely would have adored this band)— doesn’t fully get started until the soaring elegance of “Pale Saint”, which churns with a youthful, restless pulse that proves impossible not to get swept up in. And by the time the shimmering lustre of “Ghost” unfolds like a contemporary Material Girl anthem, Ballet School has you swooning and testing the limits of your stereo as well as your dance moves.

Not all of their influences come from decades in the distant past, either, as the dreamy haze of “Heliconia” manages to fuse Dirty Projectors, St. Vincent, and M83 into a potent sonic confectionery, and “Gray” has faint echoes of the modern day R&B-pop fusion of Rihanna and Sia, while “Cherish” contains elements of School of Seven Bells’ moody, textured tapestry. But there is a pulsating, retro blush to most of these songs (the Flashdance-era rhythms of lead single, “Heartbeat Overdrive”, the Cure-like musical solemnity of “Jade”) that is unabashed and unshakable. Everything old isn’t always trying to be new again, sometimes melodies just stay rooted in the past, no matter how fresh and fashionable they sound.

The album strikes a fine balance between outright, Cyndi Lauper-like dancefloor fillers and more reflective, somber numbers that give a direct nod to their Cocteau Twins connections. And, depending on your mood and ambitions for that particular evening, either style might suit you as the night turns into day. But as the record reaches its conclusion, the tone and tempo maintain a consistently languid—but still rather lovely—pace, while failing to deviate much from the template that worked so well early in the album (and on their stirring debut EP, Boys Again). An adventurous artistic growth is surely on the horizon for this blossoming young band, but on The Dew Lasts An Hour, Ballet School quickly found out what technique works for them and where their creative strengths lie. And they collectively rode that musical wave until it crashed on the familiar, pop-laden shores of where our dreams meet our waking life.