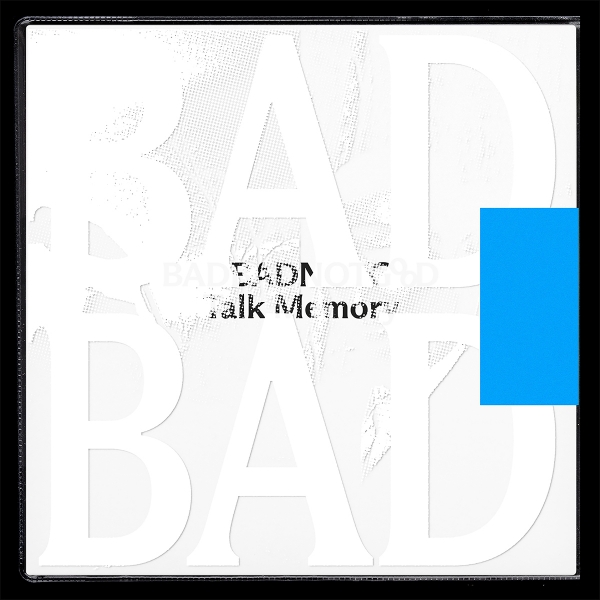 It’s been just over a decade since the founding members of BADBADNOTGOOD met in a jazz programme at Toronto’s Humber College, and in the years since then they’ve risen to become one of pre-eminent groups in instrumental hip hop and jazz fusion.

Thanks in equal measure to their technical precision and canny collaborations with Tyler, The Creator, Ghostface Killah and the late, great, MF DOOM, BADBADNOTGOOD came to leave an indelible mark on contemporary alternative hip hop during the 2010’s. It’s this mark that has made the group’s ultimate return such a keenly anticipated event.

BADBADNOTGOOD have been on something of a protracted absence since the release of IV all the way back in 2016 and whilst they’ve contented themselves with a string of production credits and the occasional feature, their output has been pretty sparse when compared with their work between 2010 and 2016. Talk Memory serves as their long awaited return and is not only the first of the band’s records to eschew their established numeric naming convention but also the first to be made following the departure of original pianist Matt Tavares. The absence of Tavares was always going to be felt sharply and it is the task the remaining bandmembers to fill those shoes. Stylistically, they achieve this ably, but in terms of arrangement... it’s hard not to feel like something is missing.

Beginning with unembellished promise with single, "Signal From The Noise", comes a sprawling contemporary jazz epic which swirls and swells between giddy, calculated chaos and resolute placidity. It’s a strong message of intent but it does prove a particularly high bar for the trio and one which the rest of the album ultimately struggles to meet. "Unfolding Momentum" is another standout track, featuring swelling, surging sax trills which meld softly with the brush stick precision of Alex Sowinski’s considered techique - it’s a glamourous and histrionic piece which feels almost noir-like in its sensibilities. It’s a shame then that many of the other tracks on Talk Memory fade so readily into the background. "Love Proceeding" and "Open Channels" are dense, exploratory pieces which though technically impressive, don’t really arrive at any tangibly engaging conclusion.

One of Talk Memory’s most glaring issues though is in the way that it leverages guest collaborators. BADBADNOTGOOD's previous effort, IV, featured material from Colin Stetson, Mick Jenkins and Charlotte Day Wilson which not only expressed their exceptional up and coming talent but also stressed BBNG’s own distinguished skill and sound. Though Talk Memory does feature contributions from harpist Brandee Younger and Laraaji amongst others, their support doesn’t feel as embedded and essential as collaborators have in the past.

BADBADNOTGOOD set out to create a record which bristles with the energy of their live performance and arrangements, and whilst this can be felt on some tracks it’s hard not to feel like they’ve come up a little short. "Timid Intimidating" hits the mark with one of the most overtly improvisational tracks on the album and features drums and piano which evoke masters of the jazz craft, and an arrangement which call to mind some of the best '60s and '70s rock guitar solos. "Beside April (Reprise)" on the other hand, adds very little to proceedings and is used more as an opportunity to pad out the run time with a less interesting version of the string-drenched, accent laden track from earlier in the album.

Talk Memory is perhaps BADBADNOTGOOD’s least striking album to date, but it’s not their pedigree for jazz which works against them here, it’s expectation. After seeing the band resist genre labels both conceptually and musically, it's their first album to fit snugly into classification - and it’s due to this fact and a failure to take risks that makes the band’s latest effort just a little underwhelming. They've proven their proficiency across both mainline albums and collaboration projects but that’s just the problem - Talk Memory excels as an advertisement for prodigious jazz technique, but it just doesn't excel as a BADBADNOTGOOD record.