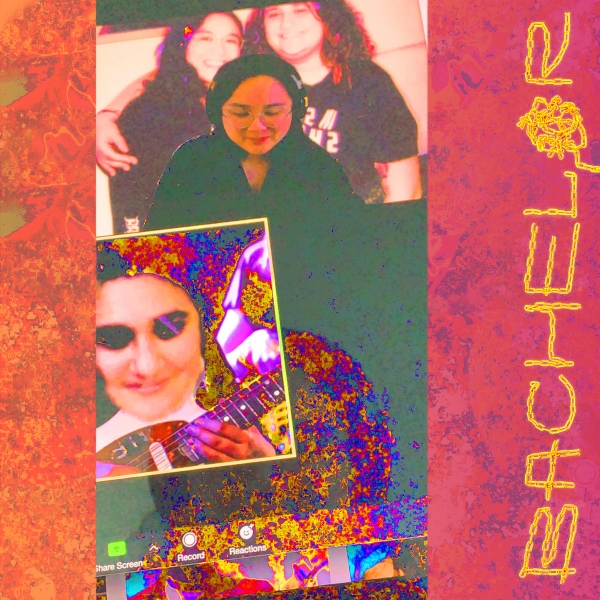 Make no mistake, Doomin’ Sun has plenty of romantic enticement to it -- the group’s name bears similarity to the hit dating show after all -- but in listening to the project, it’s clear that Bachelor is no simple, frivolous duo. Their music touches on not just love and lust, but pain and psychedelia, an innate need to adore and adulate, right up to the edge of destruction.

The album’s opener makes this clear: “Back of My Hand” is an exploratory look at the life of the obsessive fan of a singer, who has posters of them on her walls and is willing to get concert tickets in “the nosebleeds screaming every word.” But she’s also scarily committed to getting attention from this singer, eager to skip a meal so they can reach size 0 like the beauty queen bodies they see in magazines. The narrative is unsettling, but the music leaps and soars with a boundless energy that could only be made by two people with the utmost faith in each other. It helps that the album’s production sounds rough and homespun -- fitting, given that it was recorded in an actual home, an Airbnb in Topanga, California.

Other music on Doomin Sun’ expands on this fatalistic version of romance, one where people pursue the act of being loved more than loving themselves. On the exuberant “Stay in the Car,” Duterte and Kempner want so badly to know a woman in the supermarket parking lot, they’re willing to “be the ice cream left out in her sun.” And in the melancholy lament, “Went Out Without You,” they remark what it’s like to save face in front of a partner after trying and failing to meet new friends on their own: “When you called me after I was so beat down / But I picked up and told you I had a great time.”

This is not love that is fun and blissful: It is difficult and sometimes harmful, yet also is commonplace in our own relationships. In this way, Bachelor, while being best friends themselves, use Doomin’ Sun to extend their honesty towards us, to assure our messy feelings that it is okay to exist and even enjoy existence. On the album’s closer of the same name, Duterte and Kempner sing about the eventuality of how life ends: “End of the earth will set it free.” Yet their gentle melody sounds as if it could be sung around a campfire, swaying gently hand in hand with those we love, a promise of honesty in the air: “But we’ve got time, and you are holding me.”