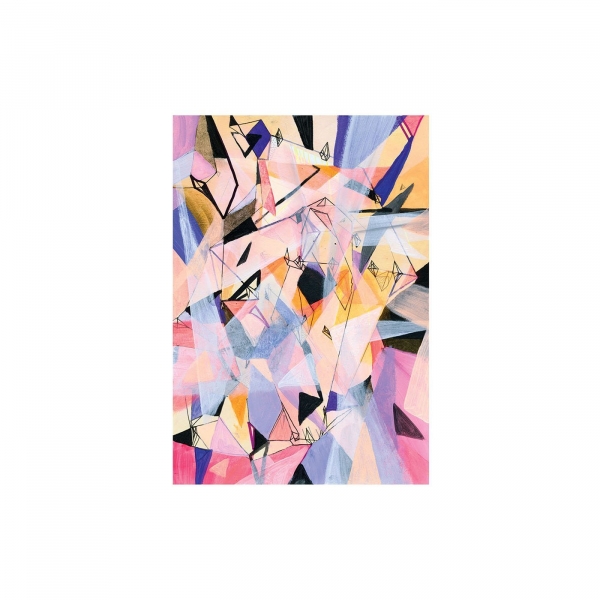 A cursory analysis, or perhaps just a first spin, might suggest that Electric Ballroom is a much more “honed in” affair compared to the more free-form experimentalism Ava Luna showcased on their 2012 debut Ice Level - but that’s all just a trick of the light.

Sure, there are some more discernible song structures in place – stumbling blindly, one can feel out the walls separating a jaunty verse from a somewhat friendlier, perhaps more inviting chorus. But if one were to assume Ava Luna had forgotten how to get weird, well they’d be sorely mistaken.

That duality creates a suitable pedestal for Electric Balloon - its non sequitur title acting as a sort of sleight-of-mind introduction all its own, calling to mind both the wanderlust nature of a helium balloon taking to the skies alongside the precise planning of its electrical circuitry. More so than anywhere else, it’s in the very structure of Electric Balloon‘s that Ava Luna re-establishes its untamable credo, vaulting between spouting out spastic “ooh”s and “ahh”s to speaking in code and invoking chanty, harmonious repetitions of simple phrasings, constantly veering in tone and mood not just from track to track, but from instrument to instrument.

“Aquarium,” for example, leads expectations astray by settling on a frantic, scattered rhythm, yet all the while its guitar and vocal lines pace about, taking all the time in the world to decide how to best evade the seemingly immediate presence posed by their backing beat. The following “Plain Speech,” however, rings with urgency straight through, even at it’s catchiest, most toe-tapping moments. Later on in the record, tracks like “PRPL” and “Hold U” take the opposite approach of “Aquarium”: calling for a much more solemn instrumental and rhythmic serenity that’s waylaid by the pressing urgency of their impassioned vocal inflections.

But enough about structure and pacing, eh? Less talk, more rock, they say? A longing affection for no wave and James Chance remains the go-to inspirational figure in the sound of the Brooklyn five-piece (culled down from seven from the Ice Level days)—but Electric Balloon also hints at some more contemporarily iconic avant-rock classics, drawing parallels to albums like Talking Heads’ Fear of Music and the Pixies’ Doolittle. Yet, on the modern playing field, Ava Luna’s funk-meets-blues aesthetics are entirely their own, and theirs is a sound largely unparalleled .

At the end of the day, it’s the album’s more punk-leaning introduction that sums it up best. “Was it all a daydream?” – the pinpoint sentiment that drives opening track “Daydream” – sums up Electric Balloon almost instantaneously, simply begging you to not take the album too seriously, to stop and remember that rock bands don’t form in the name of not having fun, and Ava Luna’s no different. While perhaps more directly engaging than Ice Level - or at least more easily accessible - Electric Balloon sees Ava Luna staying the course in producing music that is as heady, adventurous and intelligent as that of their debut, if not more so.