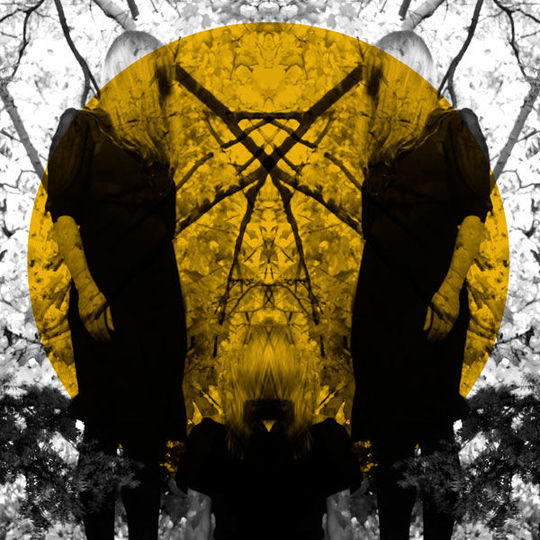 Full disclosure: I am, broadly, unconvinced by the oh-so-dark Scandinavian aesthetic. The wintry detachment that The Knife all but perfected has been revisited by countless others. They all aim for some sort of mystical aloofness, but more often than not the product is, to borrow from the Welsh, all surface, no feeling; too slippery, too unsubstantial.

Many will, inevitably, file Austra away with the rest of the imitators. And this is not entirely without grounds. Feel It Break begins shakily, with the Andersson-aping ‘Darken Her Horse’ – a song that had my girlfriend asking if the Swedes had a new record out. But slowly, almost imperceptibly, this album takes on its own character, develops its own voice, and the easy comparisons cease to be so meaningful.

The first third of the record is really a showcase for Katie Stelmanis’ extraordinary voice. The accent is unplaceable, and the intonation unique, but it is the heartbreakingly beautiful flutter and tremor that make the vocals so compelling. Characteristics that would grate from other singers are, in Stelmanis’ hands, fascinating – partly because of the degree of technical ability on show here. She knows how to control her voice, yes, but more importantly Stelmanis knows how to control emotion (both her own and her audience’s), conveying grief, passion, joy, while entirely avoiding histrionics.

And soon, ‘The Beat And The Pulse’ appears. This is not so much a song. It is more like strange alchemy; a series of beats, pulses, and two-octave vocals that, while uncomplicated, have had as much impact on me as anything else released this year. It is, much like the rest of the record, a song that creeps up on you. Its strength is in its simplicity – a gradually expanding combination of interconnected synth lines and sequenced drums that positively bristles with aggression. This is an extraordinary track – and yet it is not the highpoint of the record.

While Stelmanis begins to show her teeth on ‘The Beat And The Pulse’, it takes half a dozen tracks for Austra to truly hit their stride. There are peaks here when, while remaining firmly in control, Austra allow themselves a moment’s freedom, or a period of unrestraint – and this begins with the bittersweet ‘Hate Crime’, a song that sounds like a lost track from Peter Gabriel’s 3, and which has a chorus almost as strong as anything on that extraordinary album.

‘Hate Crime’ also marks the beginning of the gradual introduction of acoustic instruments, with conventional drums and even (gasp) a guitar making an appearance during the last five tracks. But there is no decadent instrument bashing here. No, the almost unnerving control remains – and therein lies one of the record’s main strengths. Even on the monolithic, expansive ‘The Noise’, Austra avoid the temptation to crescendo, instead opting for a measured, additive approach. This maturity, this unwillingness to succumb to the musical self-aggrandisement that afflicts so many other bands, is what truly sets Austra apart.

This is an album of increments. It may not seize you on first listen, simply because it is not overbearing, and it avoids cheap tricks. But gradually, as you fall ever further in love with Stelmanis’ voice, and as the intricacies of this record become clear, it will begin to envelop you until, eventually, you will find yourself completely lost in this strange, glacial world. A truly fantastic piece of work.