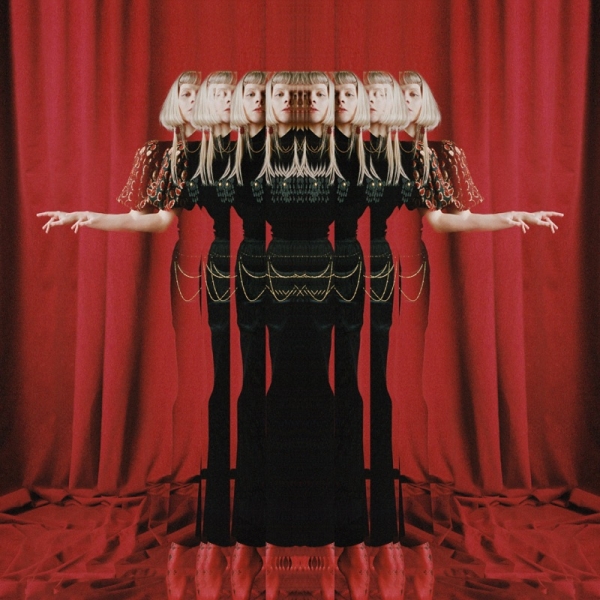 The magic of AURORA’s music, historically, has been her ability to combine dreamy folk-pop arrangements and lilting vocals with dark, even disturbing, lyricism. On her newest full-length The Gods We Can Touch, she pulls this trick again and again.

Though, here she largely avoids the societal commentary that often permeated her previous work in favour of a more intimate examination of love - and of all the joys and horrors that ensue from it. This juxtaposition is best captured on “A Dangerous Thing”, where AURORA sings “Something about you is soft like an angel / And something inside you is violent and danger”. Again, on “Everything Matters”, the seemingly sweet and innocent (“you sleeping in the seat next to me / Like a baby”) is subverted by Tori Amos-esque, off-kilter piano playing that suggests a brewing storm.

Meanwhile, album highlight and pre-release single “Heathens” blurs the boundary between what is inherently good and bad; offering an ode to the Biblical Eve and painting her as a saviour who gifted humankind free will - acknowledging the inherent terror and boundless opportunity this entaled.

“Exist For Love” best captures the sentiment expressed by this album’s title - the idea of love as something deeply spiritual; the closest thing we have to heaven on earth. The song’s focus begins expansively (“They say there is a war / Between the man and the woman”), but it soon moves to the intimate and personal (“And then you take me in / And everything in me begins to feel like I belong”), which is where she excels. Here, she makes not just love - but her own music - sound like heaven on earth. Here she is not just a musician, but a generational talent capable of creating transfixing otherworlds and, with The Gods We Can Touch, an ethereal masterpiece.