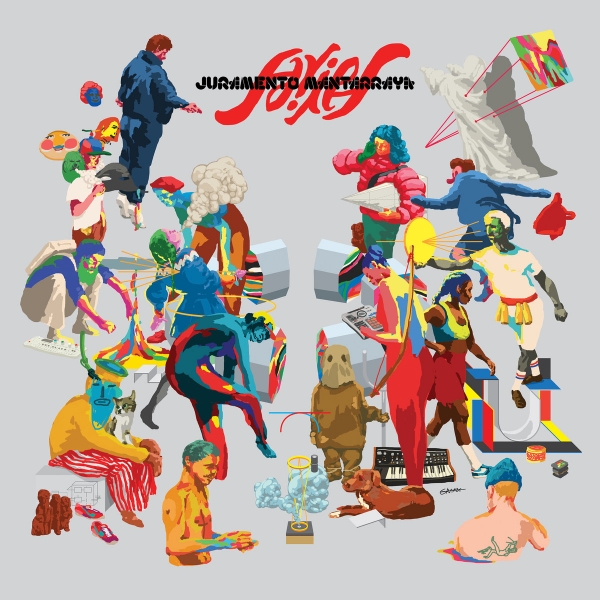 I wish I could see inside the head of Isa Fernandez Reviriego, just dip in for an hour every now and then to take a break from reality.

Her songs are a hyper-colour collection of abstract ideas, creations, sounds, melodies, rhythms and textures that somehow all weld together into something you can almost follow, before it snaps away from you again. Juramento Mantarraya is her fourth record, released on Spanish label La Castanya and fey powerhouse K Records. And it’s the sort of music Beat Happening would have made had only Calvin Johnson been able to get his 1980s hands on the plethora of synth pads, samplers and electronic toys that crowd the live set up of this Bilbao dreamer.

As well as creating music for her own project, Aries scored the Playstation game Melbits World and the Stella McCartney film Saturn Is Not That Far Away, and she is the voice of Princess Bubblegum in the Spanish version of Adventure Time. Her creativity is so joyful, even a rock would develop a pulse watching her carefully throw herself around a live show. You could call her the Spanish Grimes if you switched out all the sci-fi gothic, social media baiting, Elon Musk stuff for Peppa Pig, thank you notes, and Tom Hanks.

On Juramento Mantarraya this joy finds its way out of the record in abundance. There’s an almost childlike purity to the way her songs are composed. All the sounds are allowed to have their time at the front as they push and float around the soundscapes she creates. "Space Cake" bounces its way through a melody that coos and flirts with all the blips and clicks that jostle in its walls, while the album’s title track can only be described as bloody over the moon. This record was made for the summer.