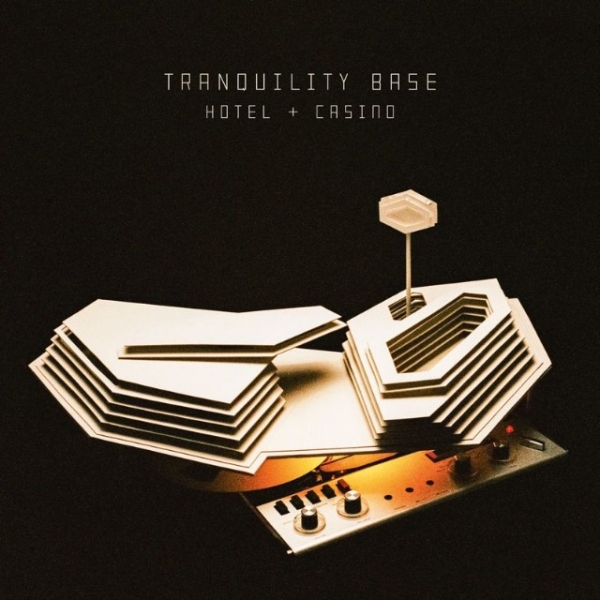 That every second review of Tranquility Base Hotel & Casino will begin with a writer paraphrasing its opening line, “I just wanted to be one of The Strokes, now look at the mess you made me make” speaks a certain volume. To their detriment, Arctic Monkeys have long carried with them the curious air of a band who figure they’ve outrun their past via the conduit of runaway success. That Alex Turner immediately nods to what once compelled him, way back when (note: 2006) feels like an instant saving grace.

Sadly, that feeling doesn’t last very long. Five years in the making, Tranquility Base Hotel & Casino is an over-wrought attempt by Turner to express the cognitive dissonance that has shadowed Arctic Monkeys’ inexplicable U-turn from student union lad overlords to unwitting self-parodists. Ultimately, the message - however meant - gets lost in the music. Despite its conveyor belt of harmonic swoops and instrumental earworms, it feels like a feature-length in-joke flirting precariously with full-blown muzak across 40 minutes. At the helm, Turner, almost certainly wearing aviator shades in the vocal booth, is a latter-day indie rock Sam Beckett, leaping between Cooper Clarke, Wilson, Gainsbourg and co. with less than an iota of their authority or aplomb. For all his attempts at channelling the élan of these greats, he is - beneath the garish veneer and croon - the closing-down Bargain Books to their Reading Room at the British Museum.

Thankfully, there are glimmers of inspiration that suggest real attention to detail here - not just thinly-veiled reappropriation. Where the creeping, Cockerian “One Point Perspective” proves a peak early on, the widescreen ‘70s pop of “American Sports” sits at the right side of pastiche. Elsewhere, the strutting "Four Out of Five" - featuring Turner dryly waxing on lunar gentrification - makes for straight-up single material. But these are exceptions to the rule. From the limping “Science Fiction” (with its nod to ABBA's “Money, Money Money”) to closer “The Ultracheese”, in which Turner ambiguously wrestles with his recent past ("Still got pictures of friends on the wall. Suppose we aren’t really friends anymore”) it makes for an overblown and incongruent misfire.

Despite the huge burden of expectation, Turner and co. sound cocksure on TBH&C. Sadly, this doesn’t equate to anything resembling brilliance. It’s an uneven soundtrack to some early morning hotel lobby fever dream where the house-band drown in tight-collared Paul Smith suits and over-wrought orchestral-pop mimicry. In the press release that accompanies the album, we’re told of "Turner's ever more comprehensive creative vision" here. In truth, despite its being a bold sonic shift from AM, it’s something that’s already been done, and done much better, elsewhere. Alex Turner just wanted to be a member of The Strokes. Now, have a listen to the mess his band have made.