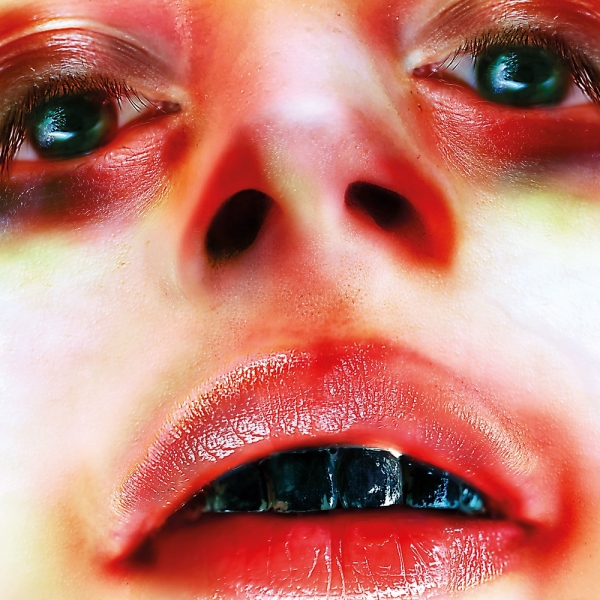 As the world quickly descends into a farcical modern tragedy, Arca has provided the fraught sounds for either society’s painful dissolution or its eventual rebirth.

On her new self-titled album, Alejandro Ghersi, the sonic visionary behind Arca, fluidly transitions from the adventurous electronic dissonance of his previous work into a somber, refined sound that fuses elegance with emotion. Arca is also the first album to feature Ghersi’s singing voice – delivered entirely in Spanish – which adds a haunting vulnerability to the record’s fragile, unsettled core.

The thirteen tracks on Arca play out like a modern day electronic opera, with all of the dramatic urgency, impassioned histrionics, and cinematic flourishes of its Baroque stage counterparts. “I’m representing this album performatively, extremely, dramatically,” Arca explains. “Myth can reach into the deep cortex of the brain; it’s a given that you’re talking in concepts through characters rather than realities. To me, Arca is a freeze-frame of a person singing their swan song with heightened emergency, in the face of never being able to sing again.”

That sense of immediacy and intensity colours the entire record, with the angelic, hymn-like leadoff track “Piel” ushering in the graceful poignancy that pulses throughout the album. It’s as if you are settling in to a sacred, spiritual experience that serves as both a mournful confession and a defiant proclamation of mystical transcendence. “Reverie” continues this theme, with Arca’s vocals gradually swelling like a ghostly choir aching to break free from their restless purgatory, bringing the fractured requiem to an emphatic close.

Arca’s successful collaborations with Björk, Kanye West, FKA Twigs, and Frank Ocean emboldened her to experiment with the role of voice within his own music, and the results are a seamless, natural fit for her current sound, as well as a means to further push the boundaries of his own sonic parameters. Singing also gives Ghersi a chance to directly address lingering emotional concerns from her personal life, as well as the harrowing state of the world at large.

“Spanish is the language my parents fought in and they got divorced in,” Arca says. “It’s the language I witnessed family violence in. The ultimate theatre of emotion, when things fall apart, for me isn’t English. The language I purge through had to be the same. When I see the landscape culturally, the answer is natural: this is how I must engage with the worries of the world.”

Anxiety and tension permeate much of Arca, with an underlying sense of optimism ultimately breaking through the inventive din. And while much of the album is a restrained, stately twist on Arca’s typically avant-garde electronic sound, fans of his older work will no doubt gravitate towards the audacious, innovative textures of “Urchin,” “Castration,” and “Whip.” The latter track, over the course of 81 unnerving seconds, fitfully snaps the listener out of the dreamlike state induced by the album’s more serene moments with repeated cracks of a whip, as if we’re being lashed for penance by an unjust deity.

But rather than exposing old wounds and inflicting additional pain, these songs provide a restorative sonic balm for a world in desperate need of healing. Much like the work of Sigur Rós, lyrical comprehension isn’t required to deeply feel the raw, unguarded emotions of Arca’s music. The anguished sentiments of the songs resonate whether you understand Spanish or not, with the celestial tones of the tracks serving as an illuminating pathway to either heaven or hell – depending on how much faith we place in music, and whether we believe it can indeed save us all. On Arca, that faith is surely tested at times, but there is redemption to be found there if you listen close enough.