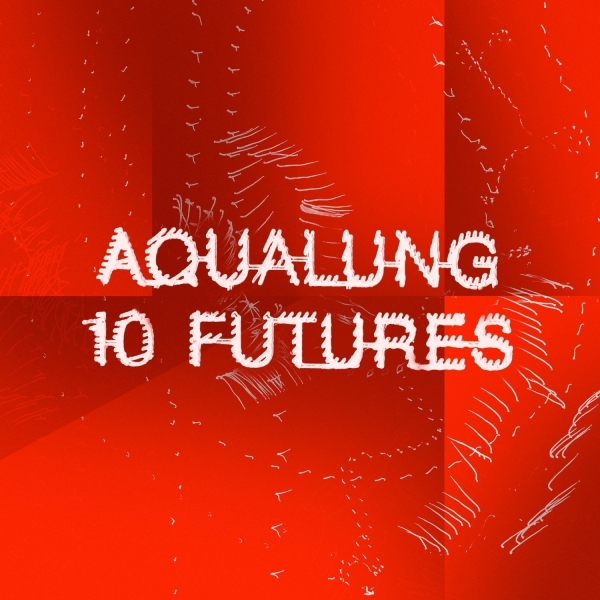 In the early noughties, “Strange and Beautiful” by Aqualung – aka Matt Hales - was featured in a Volkswagen advert. At the time it was generally recognised as being quite nice, and quickly propelled the singer-songwriter into the spotlight of the UK’s charts and beyond. A fairly successful career as a recording artist followed, until Hales announced his retirement in 2010, deciding to focus instead on his work as a producer. Five years later and Hales has decided he’s got at least one more record in him. Just like Strange and Beautiful, 10 Futures is… nice enough.

The album opens promisingly with a blend of rolling electronic toms and samples of analogue equipment, repetitious but charming vocals filling the spaces between sparse drum beats, and it grabs you. After a short three minutes this stand-out track is over, abruptly segueing into the album's first - but by no means last - ballad, “Eggshells”. The song is reminiscent of trip-pop that's had a facelift to ring in 2015: a consistent crooning accompanies minimal piano melodies, picked guitars, plodding along agreeably enough in a way that's similar to the following eight tracks. That's not to say horribly or even that they are cut from the same cloth; Hales and his guests' performances actually contribute quite a varied range of songwriting throughout.

But they mostly melt into the background. The poppier leanings manage to take the form of something that would only-just get stuck in your head, like hearing a final melody ring out from a tinny corner-shop radio and thinking for a moment: "what's that again?" The record is perfectly pleasant, but low on moments that are particularly enticing.

That said, 10 Futures is a highly polished effort that makes obvious Hales' talent for crisp, crisp production. It's this obvious nous that make the more appealing moments even more frustrating. Between the dated indie dance and the ballads and the auto-crooned, electronic pop, there are promising, soulful, twinkling instances of intelligent sampling and singing and interesting instrumental interludes. So by the time closer “To The Wonder” wraps up, the record as a whole is planted so firmly in the middle of the road it feels as though you're waiting to be hit by a car that one of these songs will inevitably be used to advertise. And that's a genuine shame.