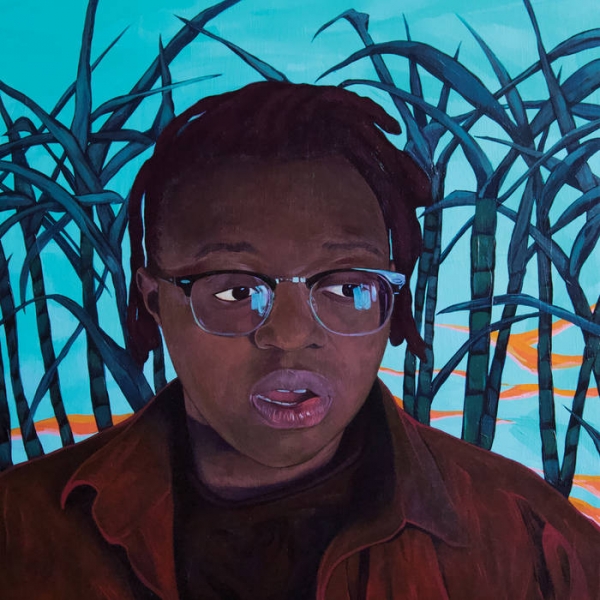 There’s a solemn release that comes with letting life’s stories pour out of you, a gift songwriters are always wont to dig into.

It’s this bare essence that carries Boston’s Anjimile Chithambo’s debut Giver Taker, where the energy broods, and in its very nature there's an understanding that giving and taking go hand in hand. From material objects being passed around to the loss of a person offering up a changed outlook, in between every plucked string and natural rhythm lies the possibility of your journey to undertake, the split-second spaces are little breaths in a larger scheme that adds up to something greater than its parts.

Wailing down the hallowed halls of memory and experience, Chithambo feels the resonation of these moments and channels the hurt through extraordinary delicate songs where harmonies wrap around each other with a spectral quality, and the dripping rain of picked guitar strings decorate the walls taking leaves from the book of Sufjan Stevens .

Given the context behind most of the songs comes from the fact they were penned while Chithambo was undergoing treatment for drug and alcohol abuse, the sparse, vulnerable nature exuding becomes even more precious. Not only does Giver Taker lie in that special area where life is laid out, no pretences or hiding in the shadows, Chithambo’s vocals, in their ghostly nature, often forming into hollowed-out genteel howls, the pleasure comes from the pain - not in a sadistic manner, but it’s where realisation comes forth, where epiphany marries realism. Identity is also a key player in Giver Taker's knowledge. Chithambo's trans identity and their parents opposing religious beliefs come to tangles on the beautifully restrained "Maker".

Grief is indeed a hurtful aspect of human nature, it’s an inevitability, but the other side of the fence is where our paths are truly laid. The loss of family or friend through death, or of our past selves in making changes - positive or negative, the way we deal with it is what shapes us and our future. Chithambo knows that the exorcism they’ve gone through on Giver Taker cements moments that are deemed painful, tough and difficult by their very nature, but the fact they’ve garnered such emphatic energy and dance delicately around the horror to bring out a celebratory ode to the future is testament to the prowess and deftness of Chithambo’s understanding of life.

The dance of closer "To Meet You There” with its flurry of guitar, angelic backing harmonies and up-tempo pace creates the feeling of rushing toward the rising sun with hope warming your back, a new dawn is breaking and the world is yours now the storms have been weathered, and even if more clouds appear, the next day will always come.