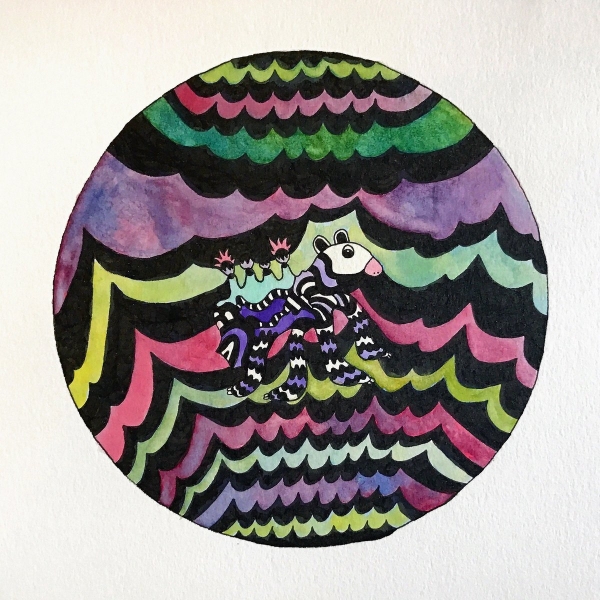 Some people say that imitation is the sincerest form of flattery, but Angelo De Augustine is no cheap copycat. He is simply a bright new artist, who just happens to wear his influences on his sleeve.

His debut album Swim Inside the Moon is released via Asthmatic Kitty Records, founded by none-other than Sufjan Stevens. As soon as you hear Augustine’s hushed, falsetto tones, the comparisons are there for the taking. Maybe this is why he has been taken under Sufjan’s wing? Does he see a little bit of himself in the young Californian?

Delving further into the record; the raw, minimalistic style of his songs begins to take a hold, leaving said comparisons well and truly in the back of your mind. The haunting sounds of his voice and the dusty acoustic guitar are the driving force of the album, with only atmospheric echoes layered beneath - giving Swim Inside The Moon a spacious, slightly unstable feel.

Tracks like “Crazy, Stoned, and Gone” and “Haze” bring to mind the talents of the late, great Elliott Smith. The vulnerability and hesitance is laid bare on each recording, giving each track a brilliant sense of intimacy - as if Augustine is playing for you, and you alone.

The concept may be simple; one man, one guitar. This isn’t a revolutionary idea, but it takes an extremely brave artist to create such an album. There is nothing to hide behind. All you are left with is your voice, your instrument, and the hope that your songs are good enough to make a connection.

Luckily for Augustine, all three blend beautifully to create an impressive debut. It may be a relatively short listen, which can easily breeze past you if you don’t pay attention, but Swim Inside the Moon is a warning shot, a sign of things to come. This is just the beginning for Angelo De Augustine - an artist full of potential.