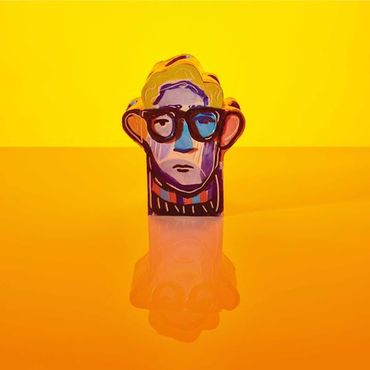 ​Though he may be largely known as the front person for idiosyncratic electronic pop band Hot Chip, Beautiful Thing is the fourth solo album from Alexis Taylor.

If his previous three albums have flown under the radar a little, then his fourth stands as a piece of work that may finally prompt the masses to take notice. Standing as the first that he's made alongside an outside producer, Beautiful Thing sees him enlist the help of Tim Goldsworthy - co-founder of record labels Mo Wax and DFA Recordings and member of highly acclaimed trip hop band UNKLE - but this change hasn’t prompted dramatic alterations in his sound.

Given Hot Chip are known for crafting individualist pop that eschews familiar trappings, it should be no surprise that Beautiful Thing similarly avoids traditional frameworks. Rather than be high energy, the album is instead largely a series of downtempo, experimentally natured pop songs. Pulsating opener "Dreaming Another Life" is a pop song that's been stripped back to its spine and adorned with a coat of reverb. The title track's mutated rhythm arrives boastingelectronic thrills and a slight LCD Soundsystem-like funk edge to its strut, while the inward looking "Deep Cut" - rather than a dance heavy afair - is instead minimalist in nature, with a bed of synths delicately layered over a drum machine-assisted rhythm. "Suspicious of Me" with its wonky, jazz-edged drums, is the closest thing the album gets to a track that could sit comfortably on a Hot Chip record, and "A Hit Song",’ despite what its name suggests, is instead a minimally spirited piano ballad that sees voice and keys combine in a manner that's hauntingly beautiful.

Beautiful Thing shows the other end of Alexis Taylors talents as both a songwriter and a musician, and it’s time that more discovered them.