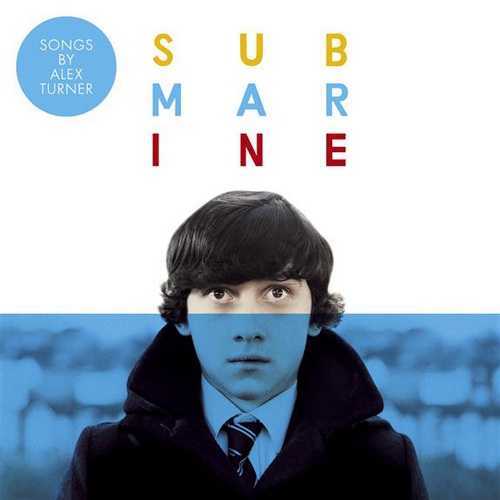 A quirky, sweet, and understated coming-of-age story, inspired by the films of Wes Anderson and Bill Forsyth, set in rural South Wales and directed by the loveable and cuddly Richard Ayoade.

The frontman of a scuzzy, noisy Northern rock band, whose lyrics commonly deal with being drunk, taking drugs, prostitutes, and being drunk, and observe the sleazy underworld of British life in the modern age.

The Arctic Monkeys’ Alex Turner and Richard Ayoade’s Submarine are not, at first glance, natural bedfellows. The film’s press stated that Oliver Tate, the fifteen year-old protagonist, is ‘determined to lose his virginity by his next birthday’. From the very moment the young Alex Turner arrived on the scene, he’s sounded like a man who has never been a virgin. Tate is awkward, socially inept and cripplingly unpopular. Turner is the coolest man in any room he enters. It’s probably fair to say that Ayoade, at least, would agree with the apparent contrast in this partnership. At the film’s UK premier last week, Ayoade confirmed that he was given the opportunity to direct this film because some Power That Be saw his work on the Arctic Monkey’s live DVD, At the Apollo. Turner was, in turn, given the opportunity to work on the film because Ayoade had seen something while working with him that the rest of us hadn’t: Turner’s sensitive side.

What really makes this seem like an inspired partnership, rather than a nepotistic one, is how Ayoade weaves Turner’s songs into the film. One of Submarine’s funniest and most tender scenes involves Oliver’s father, Lloyd, giving him a mix-tape of love songs to commemorate and celebrate the start of his first relationship. As Lloyd leaves the room, he tells Oliver he has put some break-up songs on the b-side, “for when it all goes wrong”. From then on, Turner’s songs are plot-points, following Tate’s emotional journey through the film.

And for his part, Turner does his job admirably. Over the course of five-and-a-half tracks, he’s by turns socially-awkward, supportive boyfriend, frightened teenager and heart-broken lover. Turner’s lyrics have long been a major selling-point of the Arctic Monkeys’ music, but his tales of Sheffield’s seedy Saturday nights and Sunday mornings are a world apart from the snapshots of the Monday-to-Friday blues of South Wales he captures here. Simultaneously he evokes the feelings of Oliver Tate – full of teenage terror and hope and confusion – and of the now twenty-five year-old rock star, reflecting on his own adolescence and looking, still with terror, confusion and hope, towards his own future.

It’s odd to think that this man is now something of a veteran of the fickle, volatile British music scene, just five years after his band released the biggest-selling debut album in British history. Veteran he is, though, and throughout this soundtrack’s nineteen minutes, Turner reminds us why he could yet become one of this country’s most important musicians. The Arctic Monkeys’ albums may not have always improved on their predecessors, but they have always shown a new maturity, another level on which they’re willing to take their sound in new directions. With Submarine, Turner demonstrates a fascinating new facet to his music, and in two months, we’ll see with Suck It and See whether he’s willing to be so introverted and reflexive in his day job.