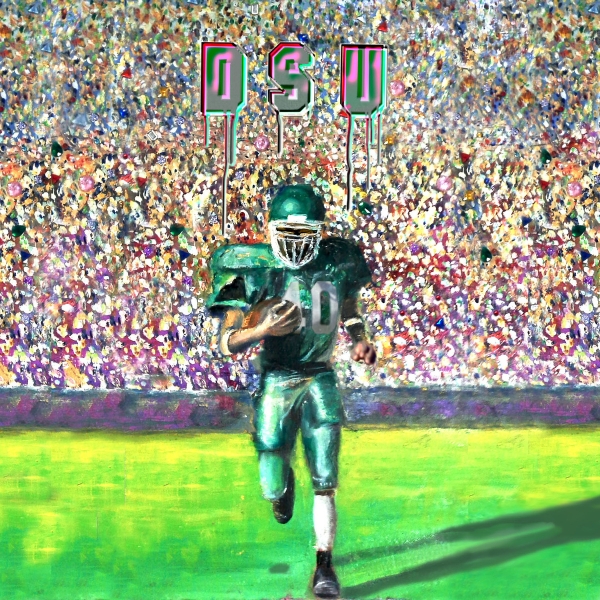 The Internet’s made it simpler than ever to share your homegrown sounds with the ears of the world. While that naturally breeds some utter dross, shimmering beauty manages to eke through that perhaps would get otherwise overlooked by the traditional channels. In the latter camp, we have Alex Giannascoli, or as he’s better known, Alex G.

Giannscoli has been cultivating a cultish flock since 2010 with his output on bandcamp, but it's only fairly recently that he's managed to emerge from the e-underground into the limelight and wider consciousness. Mainstream is hardly the word, but he's generating buzz outside the USA now. We can thank his first properly-mastered record DSU for that. It's been out a fair old while in the States – before the summer – but now it's getting a UK release on Lucky Number.

The album warrants a few preliminary listens to begin scraping off its crispy outer shell. It's not that the record's alienating in any way or anything, but the 'bedroom aesthetic' that Giannascoli nurtures can be deceptive. His record is a bit grubby, dishevelled even, but it's pure, soft pop underneath – “Promise” is arguably the most definitive proof of this. The solid slap-bass funk, akin to Flea attempting chillwave, is a surprise on the LP, but a pleasant one. It's the most accessible cut from a strictly pop perspective, but there are subtler variations on that theme.

“After Ur Gone” is a warm, fuzzy affair with needlepoint riffs with navel-gazing sensibilities and a Pavement bent. A lot of noise has been made regarding comparisons with the likes of Sparklehorse and Elliot Smith, due to the lo-fi, somewhat dour sounds he produces, but when you have a gander at the shuffly warped horror-pop of “Icehead” or the wiry rock of “Rejoyce” or the jazzy pep of 44 second interlude “Tripper”. Giannascoli veers between many styles on the record, but glazes the whole shebang with his soon-to-be signature shambly twang.

The general thematic content of DSU is what you'd expect of a 21-year-old university student: friendship, the tribulations of love and a super-sized helping of angst. It's remarkably honest in this sense, with Giannascoli playing fast and loose with his emotions, delivering a cavalier attitude towards self-censorship. This works to his advantage though – DSU is down-to-earth and easily relatable. He channels feelings we all experience at some point; or, like on “Harvey” showcases his knowledge for his hodgepodge interest – it's based on the cult film of the same name from the 1950s that inspired Donnie Darko.

This will be a debut look into the world of Alex G, though it's not really his first record. It's almost like anthology of his evolution during the BandCamp days – he told us recently in an interview that it took “two and half years,” and “in between writing and recording DSU [he] finished other songs and put them online.” That lengthy gestation period probably explains its occasional stylistic deviation.

DSU is carved up into palatable little nuggets of joy. Devouring the whole record multiple times in one sitting is far more likely than you'd expect – not that it'll be a problem in any way, shape or form. It's a fully-formed debut that demonstrates Giannascoli's talent for a variety of genres, pop bedrock and his own idiosyncratic experiments. As non-debuts go, they don't come much stronger.