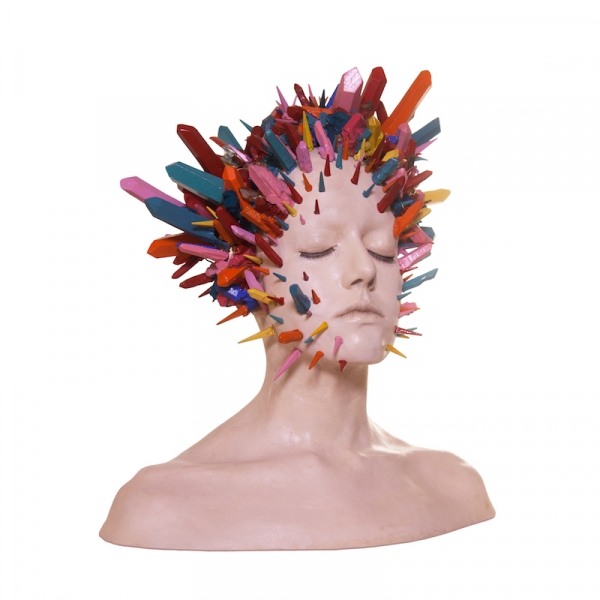 The roll out for Hannah Rodgers; debut LP has been a long and tantalising one, with Pixx’s first single to ultimately appear on it - “Baboo,” - released a year ago.

While “Baboo”s moody pop played close to the style of 2015’s debut EP Fall In, subsequent singles “Grip” and “Waterslides” have offered glimpses into an album that has significantly expanded its predecessor’s horizons.

The crux of The Age Of Anxiety is the duality of existence today’s digital realm offers today – unfettered access to all corners of the globe belies the physical isolate. Rodgers doesn’t so much solve this issue or, thankfully, even attempt to, as much as identify and explore it while she and her arrangements reflect this constant yin and yang. Age Of Anxiety exhibits her canny knack for masking pathos beneath gleaming pop hooks, a hallmark trait of the 4AD label roster.

“Grip” offers Rodgers’s most beautiful vocal wrapped in an exotic, dreamy soundscape, her wish to not “feel the need to grip on tight to everything I see” just as applicable to flighty idealists as it is to bubble-bound townies.“Waterslides” fizzy rapture couches Rodgers’s demand to a toxic relationship to “don’t follow me into my dreams, you don’t belong here” perfectly, while the euphoric “Everything’s Weird In America” calls out Uncle Sam’s flimsy smoke and mirrors act forced on the rest of the world.

Rodgers’s agile vocals turn tricks of their own, most notably oscillating between Nicoesque deadpan on standout “Romance”s verse to ersatz hip hop on its chorus, offering shrewd counterpoint and point, respectively, to the song’s kitschy synths. Following the soaring, aptly titled psych workout “A Big Cloud To Float Upon”, the album dips into a short run of standard but serviceable gothic pop tunes before closing on the stunner, “Mood Ring Eyes”. A gorgeous exercise in restraint, Rodgers proves just as adept on the minimalist end of the spectrum, her crystalline vocals hovering atop a lone synth dashed with wisps of piano and skeletal guitar.

Age Of Anxiety sees Hannah Rodgers set a course for her career with a stunningly assured debut brimming with ideas and practically flawless in execution. Its shoes will be big to fill, to be sure, yet one thing is for certain then as it is here, it’s what’s inside and how it looks on the out that matters.