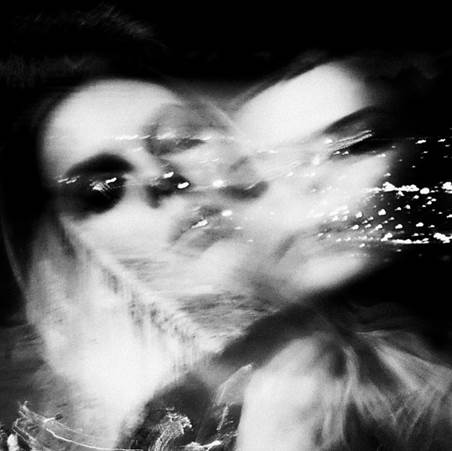 It has been six whole years since 2020 began, but also somehow actually six years since I Break Horses released their last album.

The follow-up to 2014’s Chiaroscuro, new album Warnings sees the Swedish duo - lead by Maria Lindén with support from musical partner Fredrik Balck - emerge after a long gestation period with a beautiful record tempered to a slower pace of life.

Warnings’ creation was not without turmoil - involving “studios, collaborations that didn’t work out, a crashed hard drive with about two years of work, writing new material again instead of trying to repair it. New studio recordings, erasing everything, then recording most of the album myself at home…” - but the resulting sound is more reflective of the album’s origins. The 12-track epic began life as a series of sonic sketches composed whilst Lindén watched her favourite films, so yes we’re talking graceful cinematic-like scores and an expansive exercise in slowing things down.

Speaking about her decision to work with Beach House producer Chris Coady, Lindén said: “Before reaching out to Chris I read an interview where he said, ‘I like to slow things down. Almost every time I love the sound of something slowed down by half, but sometimes 500% you can get interesting shapes and textures.’ And I just knew he’d be the right person for this album.”

Knowing that almost feels like the key to unlocking a huge part of the true beauty of this record. Pay close attention to album highlight "I Live At Night", as well as "Silence" and "a b s o l u t a m o l l p u n k t e n" - the last of 3 instrumental interludes – and you’ll find I Break Horses giving the listener space to breath more than ever before. The interludes particularly hark back to early outings like 2011 Hearts featured "I Kill Love, Baby" almost as if you’re listening to those musical predecessors stretched out.

The more frantic, futuristic side is not gone – it exists in the fizzing, industrial, eighties flashes of "I’ll Be The Death of You", "Neon Lights" and "The Prophet" but they’re grander somehow, more involved and enticing. There is a freshness in the directness of the new material, owed in large part to the space given to Lindén’s vocals. The cold and semi-explicit kiss-off to an ex in sumptuous 9-minute album opener "Turn" is but one example of this.

Elsewhere Lindén draws you into a dreamer, more glamourous world but it is the faded glamour of Classic Hollywood – all twisted up in nostalgia and sorrow. It’s a warm, enveloping record but trip-hop style beats and the cool vocal delivery with starker subject matter keep things from the saccharine. Album stand out "Death Engine" seems to be the perfect balance of all the elements at play – it’s momentous but it stands still, it’s modern but it’s also so rose-tinted, it’s where hard percussion meets yearning keys and where elation greets loss.

Sadly the album does stumble a little at the last hurdle, as "Depression Tourist" adds an unnecessarily vocoder-happy outing to the mix, but thankfully it does not fall or overshadow this otherwise stunning return.