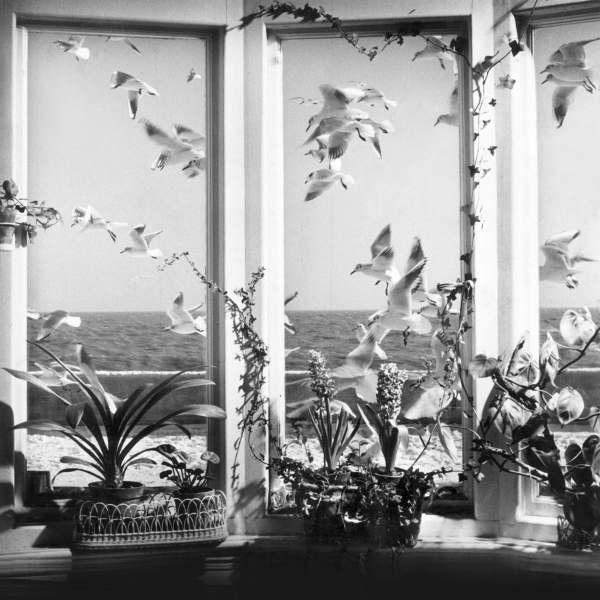 Andy Stott is a producer who has never sounded quite like anyone else. Covering unease, uncertainty and the unknown with a deceptive facade of the familiar, the Manchester-based creator specialises in the panic-attack soundtrack, pieces which, even at their most serene, still bristle with a fractious enthusiasm that’s hard to pin down.

In short, Stott doesn’t sound like anyone else precisely because his aural vision sounds so singularly wrong. His work is off-kilter, erratic, and unpredictable in all of the most startling ways. Stott’s tracks are baptised in a river of unrestrained distortion and acoustic artifacts in a manner which feels so unsustainable but sound so conceptually distinct; glass cannons that threaten to fall apart at any moment, but never do.

His music is also charged with a kind of atavistic quality, inciting primeval fear and ominous tranquillity in equal measure, with each release from the producer playing with that core duality to differing degrees. For example, 2012’s Luxury Problems often leant towards biting industrial structures, where 2016’s Too Many Voices struck more of an experimental middle-ground.

With his latest release Never The Right Time, Stott has set his conceptual crosshairs on nostalgia and all of the meditative self-examination that that brings with it. What results is Stott’s most soothing and contemplative record to date - but one that holds true to his central ethos of music-making as a form of renewal and reinvention.

Beginning with "Away Not Gone", a slower, almost improvisational piece which reintroduces regular vocal collaborator Alison Skidmore. The partnership between Stott and his ex-piano teacher is well documented at this point, but the extent to which Skidmore works with the producers ethereal style is still just as startling as it was on Luxury Problems nearly a decade ago.

This dovetails into "Never The Right Time" and aligns with typical Stott expectation. Draped with all of the timbral and rhythmic serialism that’s he’s honed across his back catalogue, the track proves just how ably Stott can write an enthralling syncopated pattern and charge it with otherworldly consequence.

Inversely, "Repetitive Strain" is almost grotesquely carnivalesque. A haunted house ride gone awry, it’s whinnying synths give way to bouncing bass and chittering hi-hats, its unnaturally saccharine, almost obsequious and sycophantic. In turn, this gives way to "When It Hits", a piece which conjures a space so dense and palatial it spills over with near numinous importance.

"The Beginning" is likely the weakest moment on the album, only because it feels like such a fundamental aural departure from the rest of the material on the album. Without the presence of Skidmore’s vocals on the track, this could easily be mistaken for one of Stott’s electronic contemporaries, and fails to reach the intoxicating highpoints found elsewhere on the album.

Additionally, Never The Right Time does succumb to the inevitable double-edged sword of reminiscence. Nostalgia isn’t lateral, it’s made up of disparate episodes, emotions and thoughts and similarly, Never The Right Time does occasionally feel serially inconsistent. Fast and fucked up for the club here, and then slow and lucid the next. Thankfully it’s never so overbearing to distract from the album as a whole, but there is some tonal whiplash between songs.

Though Never the Right Time may be more introspective and relaxed than previous releases, Stott's unique take on nostalgia and the exploration therein is intriguing enough to make up for some minor pacing issues. Andy Stott can still do no wrong, even if his sonic landscape sounds so distinctively so.