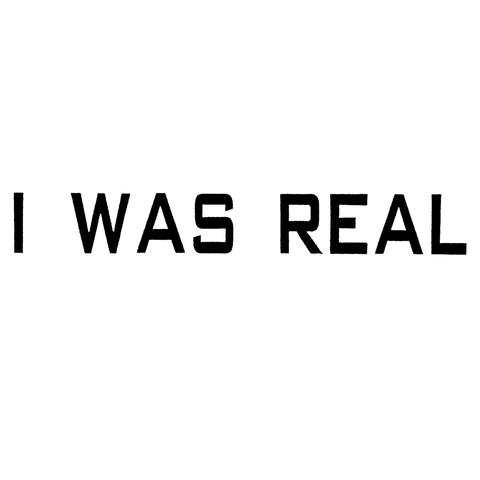 The blues had a baby and they named it to rock ‘n’ roll, offers the old Muddy Waters tune. In the world of 75 Dollar Bill, the blues is also a parent, but the spirited offspring - a seamless, unpredictably mutating union of desert blues, global sounds, reined-in improvisation, scruffy psychedelia and John Lee Hooker-derived boogie - proves impossible to define.

In fact, any attempt to neatly summarise and categorise what the New York duo (Che Chen on growly guitar, Rick Brown on homespun percussion) are up to on their third album is bound to sell the often mesmerising contents of I Was Real cruelly short. Take the title track as an example. Edited to a more home listening-friendly 17-minute slab from live takes that frequently trouble the half an hour mark, the cut is at its core a totem to relentless repetition. the same slow-motion circular riff - which could be reasonably said to hark back to either a jam session by a Saharan camp fire, a Far Eastern spiritual ritual, or an electrified ensemble take on haunted Delta Blues ala Skip James - is wheeled out again and again and again. Which sounds like tedium embodied, but in reality it's virtually leaking hypnotic intensity, with small nuances and microscopic shifts in tone and volume gradually building into a hip-shaking celebration of the mind-bending potential of repetition familiar to devotees of Can, Neu! and certain strands of electronic dance music.

Generously portioned at almost 80 minutes, I Was Real is a collection of re-recordings of 75 Dollar Bill's now impossibly rare early cuts and studio takes of live favourites. Under normal circumstances such recycling tends to indicate depleted reserves of inspiration. Not so here: a further evolution and expansion of the templates honed on 2016's UK debut Wood/Metal/Plastic/Pattern/Rhythm/Rock, I Was Real features a rotating cost of eight guest musicians and tracks that are in no hurry to conclude: for example, opener "Every Last Coffee or Tea" requires 10 potent minutes to gradually expand into an electrifying brass-enhanced cacophony from slow-burning, disembodied origins. For the first time, this stage-orientated outfit uses the studio as an experimental instrument: the strange and skewered, vaguely Appalachian vibes of “WZN#3 (verso)” offer the surprisingly compelling sound of the guest musicians' contributions left to stand alone once the 'root' track has been removed.

Even so, the duo remember how to keep it sparse and elemental: the closing trio of tracks crackle with the most compelling mutations of gutbucket blues - Chen's guitar sounds as if it's stringed with rusting barbed wire - since the prime of Captain Beefheart, whilst the indescribably exciting “Tetuzi Akiyama” (with saxophone employed as a rhythm instrument) gallops like Tinariwen interpreted by The Stooges in what must be one of the year's most joyous sounds.