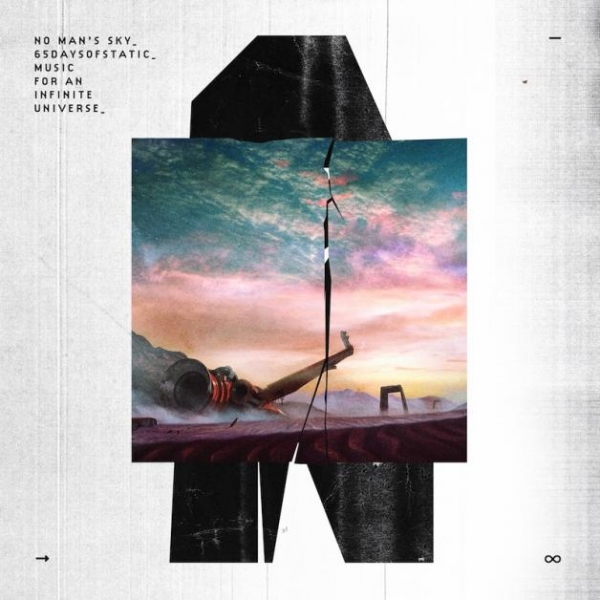 How does one even begin to build a soundtrack to an infinite universe? One filled with unknown landscapes, towering creatures and that intense blackness of space. It’s a mammoth task, but one that 65daysofstatic are more than capable of.

No Man’s Sky, a game of big ideas built by a small studio, is all about exploration. Of the hope and fear of what you might find. With somewhere in the region of 18 quintillion planets to explore, this isn’t going to be a game you polish off in a weekend. As such, it needed a soundtrack as ambitious as the game itself. A soundtrack which can be pulled apart to create unique soundscapes.

65daysofstatic are more than well-versed in creating bold, beautiful music that often feels like the universe collapsing or a new day rising. That’s why the Sheffield quartet are the right team for the job. Divorced from its source, this soundtrack is one that awe-inspiringly boundless and as good as any 65dos record that has come before it.

“Supermoon”, perhaps one of their finest career moments, is everything you might expect from 65dos turned up to 11. Its euphoric climax becomes almost transcendental, as though you are whipping past stars and planets at breakneck speed.

“End of the World Sun” meanwhile is an apocalyptic treasure; the gorgeous, reverb-enriched fuzz swells and groans like the last moments of a dying star. In amongst the drones, however, they are capable of some truly beautiful moments. “Blueprint for a Slow Machine” twinkles and shimmers, before the beauty fades with a skittering of drums and a hum of guitar.

When given the seemingly insurmountable job of soundtracking a game all about the vast expanse of space, 65daysofstatic have played to their strengths. They haven’t let the game dictate what they can and can’t do and, in the end, have produced an album that can proudly sit alongside the rest of their discography. Not just as an unusual curio, but as a solid piece of work of that will leave any budding space-explorer wide-eyed with wonder.